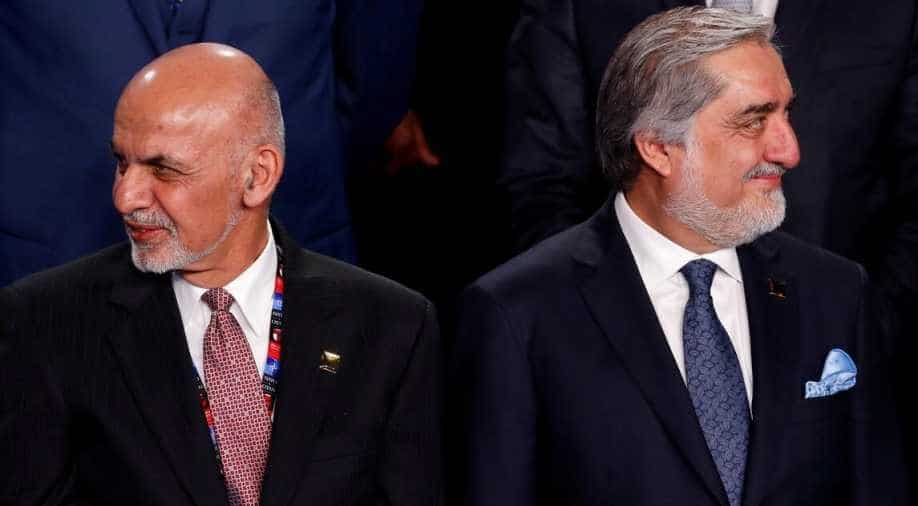 Afghan President Ashraf Ghani has postponed his inauguration on US request. This after Washington raised concerns that the controversy over his re-election might hamper the signing of a peace deal with the Taliban, later this week.

This after Ghani's rival Abdullah Abdullah contested the poll results and declared himself the winner. According to some reports in the Afghan media, Abdullah is even planning a rival inauguration.

The confusion over the September 2019 election result has further weakened the position of the Afghan government, which is officially not part of the US-Taliban talks.

This as the Taliban rejected Kabul based government as a puppet regime.

However, both Washington and the Taliban have said that they will hold separate talks with the Afghan government.

"We're currently in a seven-day reduction in violence period that started on February 22. In 19 years of war, this is the first week-long break in violence by all sides if we're successful in achieving it. If and only if it's successful, we will sign US-Taliban agreement coordinated with the government of national unity on or about February 29, that includes a timeline for both a conditions-based and phased troop withdrawal and for the commencement of inter-afghan negotiations," US Secretary of State Mike Pompeo said.

Meanwhile, the week-long observance of reduction in violence is underway in Afghanistan.The negotiations resumed after the Taliban agreed to reduce violence while the US said that it will not carry out operations against the terror group.

As per the peace deal which will be signed in the Qatari capital of Doha on January 29, Taliban will give up arms in exchange of US Troop withdrawal from Afghanistan.

Taliban will also help Washington in the fight against Al-Qaeda and ISIS in the conflict-hit country. The US Has also agreed to certain security arrangements proposed by the Taliban as it seeks to end its longest war.