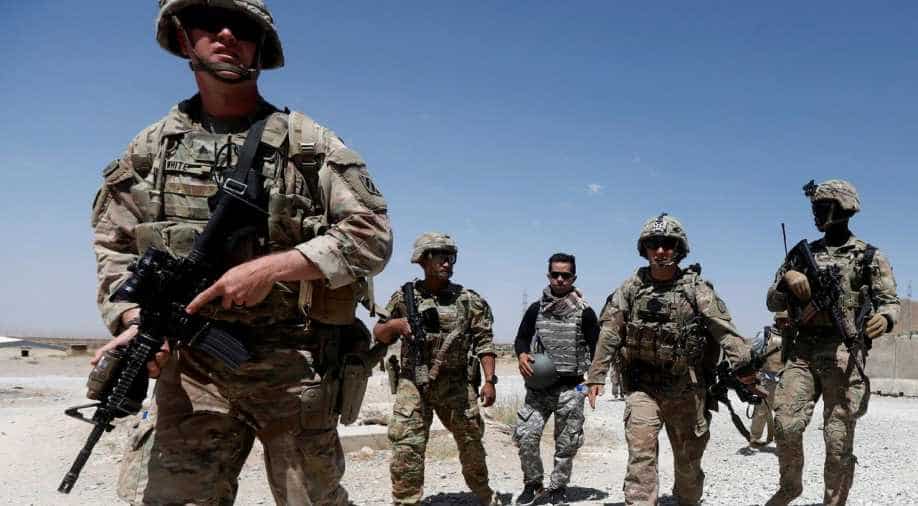 As stipulated in the agreement, the United States agreed to reduce its forces in Afghanistan to 8,600 and withdraw from five bases, the Pentagon announced on Tuesday.

The US has withdrawn troops from five bases in Afghanistan and reduced the size of its forces there as part of the agreement it entered into with the Taliban earlier this year.

As stipulated in the agreement, the United States agreed to reduce its forces in Afghanistan to 8,600 and withdraw from five bases, the Pentagon announced on Tuesday.

"US forces in Afghanistan remain in the mid-8,000s and five bases formerly occupied by US forces have been transferred to our Afghan partners," Pentagon spokesman Jonathan Hoffman said in a statement."

"US military presence in Afghanistan remains focussed on capabilities -- not numbers. We maintain the capabilities and authorities necessary to protect ourselves, our Allies and partners, and US national interests."

The statement makes no mention of the Taliban's continued links to al Qaeda, something referenced in a Defense Department report earlier this month.

"We will continue to execute our counterterrorism mission while simultaneously supporting the 38-nation NATO Resolute Support Train, Advise, Assist mission and Afghan National Defense and Security Forces (ANDSF) as they work to secure peace in the country," it read.

"The United States honours its obligations. All sides should reduce violence and embark on intra-Afghan negotiations capable of achieving a negotiated and lasting peace for Afghanistan," it said further.

In late February, the US and the Taliban signed a historic agreement, setting into motion the possibility of ending America's long involvement in the war, which has stretched nearly two decades.

The "Agreement for Bringing Peace to Afghanistan" outlined a series of commitments from the US and the Taliban related to troop levels, counterterrorism and the intra-Afghan dialogue aimed at bringing about "a permanent and comprehensive ceasefire."

As per CNN reports, the agreement laid out a 14-month timetable for the withdrawal of US military forces, its allies and coalition partners.