US' Pakistan aid-to-loan proposal is fraught with danger 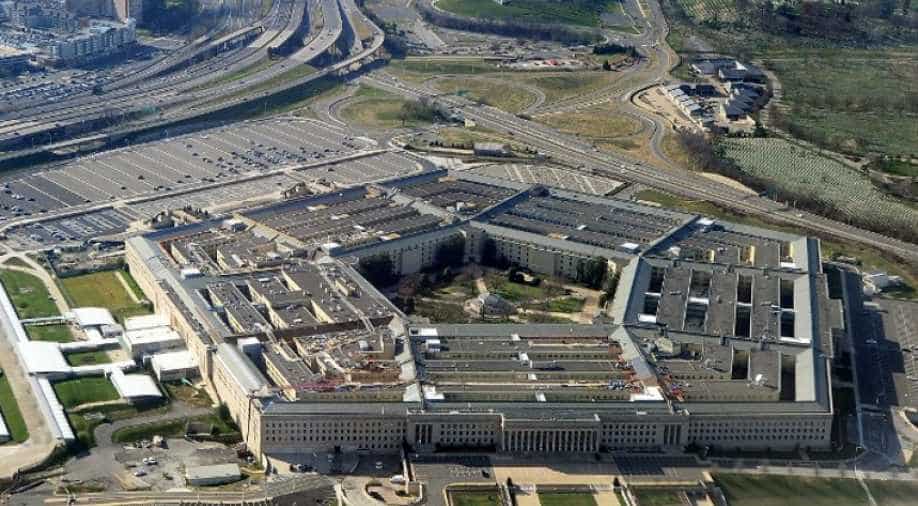 Crucially, the plan coincides with Washington's deliberation on whether to renew its military presence on Afghan soil. Photograph:( AFP )

United States President Donald Trump's annual budget proposal to convert grants given to Pakistan into loans will have significant ramifications -- both in Pakistan and Afghanistan.

The White House on Tuesday (May 23) said the "Foreign Military Funding for Pakistan may be provided in the form of a loan", though the Trump administration has let the State Department take a call on it.

If the proposal is implemented, it will be a sharp departure from Washington's decades-long policy vis-a-vis its aid to Pakistan.

Crucially, the plan coincides with Washington's deliberation on whether to renew its military presence on Afghan soil.

The impending decision may boomerang on the United States on three fronts, all involving a possible pivot in Pakistan's foreign policy: Islamabad may shun the US and look to China for its source of aid, escalate its covert militant operations in Afghanistan and scythe its decades-long civilian and military cooperation with Washington.

Although US-Pakistan ties have ebbed and flowed ever since the latter's creation in 1947, the potential quagmire is likely to undermine the US' geopolitical advantage and be viewed by many as a very expensive failure.

At one point, Pakistan was the third-largest recipient of US assistance -- Washington gave Islamabad nearly $19 billion in aid between 2002 and 2010 and nearly $75 billion since 1951.

And although their partnership has largely served its utilitarian purpose -- during the US' proxy war against the Soviet Union in Afghanistan and its war on terror in the South Asian region in the noughties -- their worsening relations will only indicate that Pakistan has been a black hole for US funds.

A history of mistrust and friendship

Their partnership has been viewed by many as a marriage of convenience.

US' economic assistance to Pakistan peaked in the Cold War-dominated 1960s, while its military aid spiked during the 1980s (Soviet Union) and 2000s (Taliban).

But there have been periods of lull as well.

Washington scrapped its aid during the India-Pakistan wars in 1965 and 1971, and when Islamabad forged ahead with its uranium enrichment programme.

The 9/11 attack in 2001 significantly altered Washington's South Asia praxis when they decided to give large tranches of aid to Islamabad in their fight to remove the last vestige of Taliban from Afghanistan and Pakistan.

Since 2010, the assistance monies have sharply declined and the current administration's decision to convert future military funding into loans will irk the Pakistani establishment.

Washington's re-evaluation of its aid programme came in 2008 when the Enhanced Partnership with Pakistan Act of 2009, or the Kerry-Lugar-Berman bill, increased accountability of the Pakistan army and lay down strict caveats.

Till then, between 2001 and 2010, there were scant conditions imposed by the US.

Pakistan was now required to certify that they didn't stockpile its weaponry to augment its military against India. They also had to promise that they had stopped supporting extremist forces and had dismantled terror launchpads.

Washington's doctrinal shift came amid concerns over Islamabad's misuse of aid. Reports had emanated about how Pakistan used half the funds to purchase F-16s and anti-missile defence systems.

But Trump's proposal is a major political gamble for the US.

A glance at their past does suggest that the potential impasse is not unprecedented.

However, China's rising influence in Pakistan is too close for comfort for the White House. And conversion of grants into loans might unhinge the decades-long bilateral ties.

China has already made its foray in the region, with Beijing signing a massive $54 billion China-Pakistan Economic Corridor, aimed to upgrade and boost the south Asian nation's infrastructure and economy.

A potential frostiness would also put the US on the back foot in the region.

Pakistan's importance to the US was underpinned by Senator John McCain, chairman of the Senate Armed Services Committee, who said that it was ïmperative" for the ties to remain harmonious as it would enhance "the safety of American troops" and success of their Afghanistan mission".

If Pakistan were to row back on its association with the White House, it would endanger the already-perilous security status in Afghanistan.

This period is even more crucial for the Trump administration as it coincides with them mulling redeployment of 3,000 to 5,000 US troops in Afghanistan.

Currently, there are US troops, but only in an advisory capacity.

But the situation is turning bleak, with Taliban's annual Spring Offensive blowing considerable holes in the indigenous Afghan security forces.

The Taliban has gradually regained lost ground in Afghanistan ever since NATO troops departed the country's shores. They currently hold sway over 40 per cent of the war-torn country.

Moreover, the Afghan security forces have been beset by spike in casualty toll, desertion and fragging. A US watchdog said there was a 35 per cent increase in Afghan soldiers and police killed during last year's Spring Offensive.

Alienating Pakistan at this juncture is likely to backfire on the US as Islamabad has supported the Afghan Taliban over the last few years as a tool to meddle in the internal affairs of their neighbours.

Washington has pressured Pakistan in the past to crack down on Taliban but their efforts have borne little results.

Further, a spurned Pakistan could activate the sleeping cells of the Haqqani network in Pakistan, which could spell further trouble for Afghanistan and the US.

If the US administration is to pull the plug on its aid and convert them into loans, they would lose a crucial ally in Pakistan and further lose ground in Afghanistan.

Calls for stripping aid to Pakistan have grown louder in recent years, but the timing of it would likely erode US' policy in the region. For now, it's all about the timing.