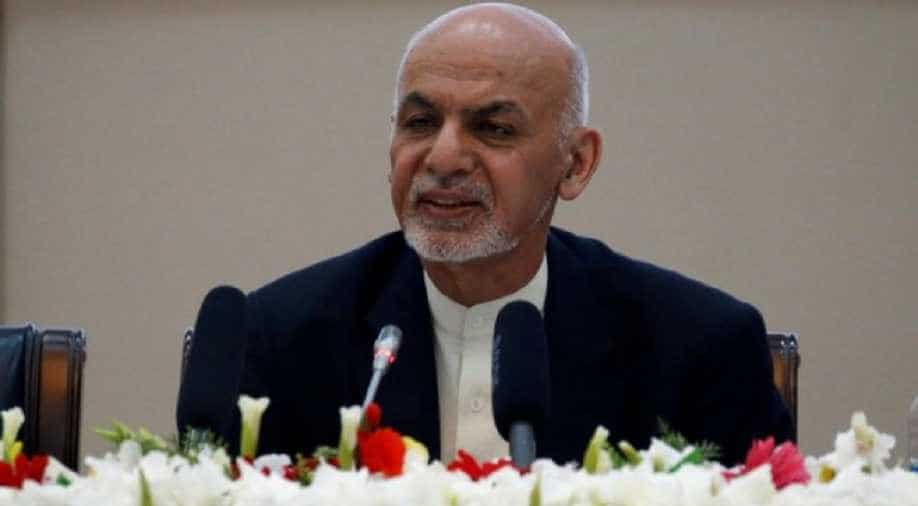 'We have not supported any movement against Pakistan from Afghanistan. The Afghan soil is not being used. We've exercised immense restraint and control because we seek a cooperative relationship,' Ghani said

Asserting that Islamabad's support to violence has not benefitted either Pakistan or Afghanistan, Afghan President Ashraf Ghani has said that the "undeclared war" between the two neighbours must end.

Ghani said the spectre of violence needs to be removed and that Pakistan needs to support direct discussions between the Afghan government and the Taliban.

"The undeclared war between Afghanistan and Pakistan must end," he told a Washington audience through video conference from Kabul.

"We have not supported any movement against Pakistan from Afghanistan. The Afghan soil is not being used. We've exercised immense restraint and control because we seek a cooperative relationship," Ghani said in response to a question at the School of Advanced international Studies of the John Hopkins University on Monday.

Of the view that there is a need to define "what is a normal relationship" between Afghanistan and Pakistan, he said Kabul can offer a lot in the way of cooperation. "We are the key to Central Asia. How will Pakistan get to Central Asia without a stable Afghanistan?" he asked.

Ghani said Afghanistan and Pakistan need to together agree with the US and the rest of the world community on counter terrorism. These three sets of relationship, he said are the key.

"From the day that President Donald Trump announced the South Asia strategy, I extended the hand of friendship. We have engaged in several rounds of discussion," he said, adding that Afghanistan and the US have arrived at a document on what is their expectation, what needs to be done to translate commitments into reality and to help reduce the level of violence in moving forward to lasting peace.

Ghani said that he has not seen "urgency" from the new Pakistan Prime Minister Imran Khan regarding holding concrete dialogue with Afghanistan to fight terrorism or to assist in holding fruitful talks with the Taliban.

"We have not yet seen the sense of urgency. We hope that sense of urgency can be brought to the picture. We have a framework which is a Afghanistan-Pakistan agreement. The key is to move from talking to taking action," Ghani said.