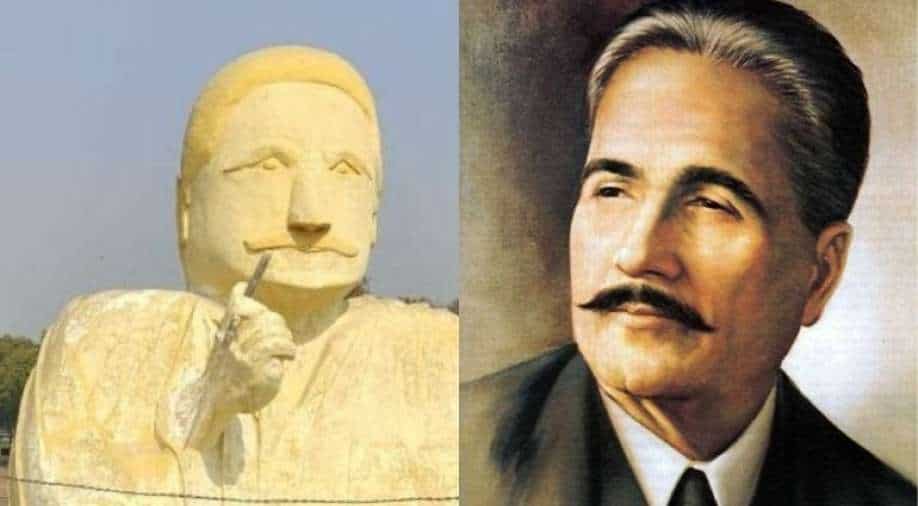 Social media users in Pakistan slammed the country's national poet Alama Iqbal's statue in a Lahore park for being badly made with the hastag #AllamaIqbal dominating Twitter.

Just Saw this and got very disappointed. Is it Allama Iqbal’s statue? 🤔 pic.twitter.com/LeL16yOytH

The Twitterati was further enraged after Yasir Gillani the city’s parks and horticulture authority (PHA) chairman said that it was "prepared by maalis at their own and they made it with love for Iqbal and to pay homage from their heart."

Dear, this is prepared by maalis at their own , they made it in shere love for Iqbal and to pay homage from their heart. Authority didn't approved or even paid a single penny for it.
WE WILL ADDRESS IT but can anyone see from maalis eye's, their love and their عقیدت, pic.twitter.com/qAdf0Nw4E9

Several people on social media asked the statue to be removed including Pakistan's Punjab chief minister Usman Buzdar. The statue was unveiled on Pakistan's 73rd Independence Day on August 14 last year however it came into focus this year.

Iqbal who was a lawyer was known for his Urdu and Persian poetry. He is still followed by many in Pakistan and is revered as a national icon.

This picture tell us what u are and what trying to make 🤗🤣😂#alamaiqbal pic.twitter.com/eYWDJ5ycdm

😀If you can see the resemblance, I think the art resembles more Gen.Bajwa than Alama Iqbal sahab.. pic.twitter.com/Z6vkKEfSrj