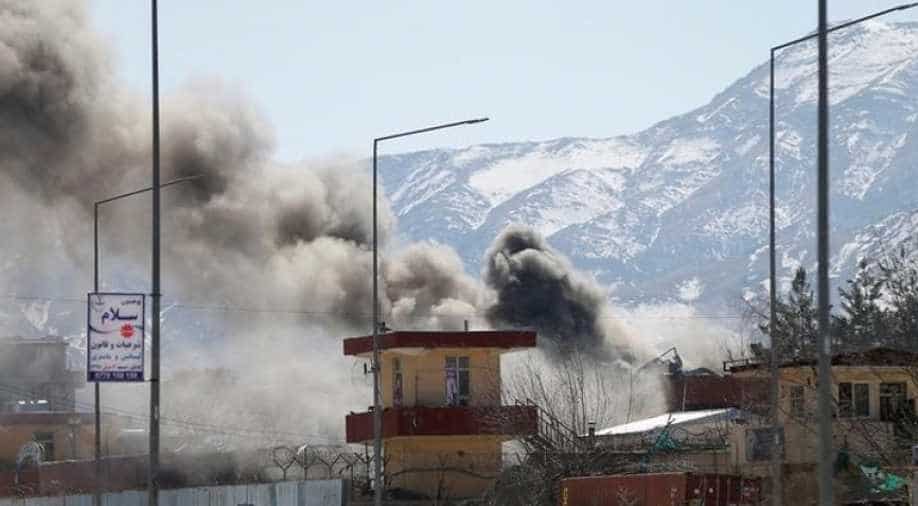 The first blast, with a magnetic mine, targeted a car at around 11:20 am (local time) next to Spin Jumat locality

The first blast, with a magnetic mine, targeted a car at around 11:20 am (local time) next to Spin Jumat locality.

The second one went off a few minutes later, almost in the same area, injuring nine people, including two police personnel, Adil was quoted as saying by Xinhua news agency.No group has claimed responsibility for the bombings.

Today`s blasts come two days after the city of Khost was targeted by a magnetic bomb blast that killed at least one person and injured two others.

The incident comes at a time when the Taliban and the United States are engaged in conducting the eighth round of talks in Doha aimed at achieving ever-lasting peace after decades of war in Afghanistan.

In his Eid message to the US, Taliban leader Mullah Hibatullah Akhundzada today said that the group is taking forward the peace process "thoroughly" and that the former should move forward "honestly" to take effective steps to resolve the country`s issues and end 18 years of war.

Akhundzada also ordered members of the group to take all necessary steps to protect people of his country during Eid days.

He said that while the war is ongoing, the political efforts have also increased aimed at ending the "occupation of Afghanistan".

"The Taliban are the main cause of destruction and killing of civilians. The people of Afghanistan want the Taliban to renounce war and destruction," he added.