'Terrorism far from over', says China about US troop pullout plan from Afghanistan 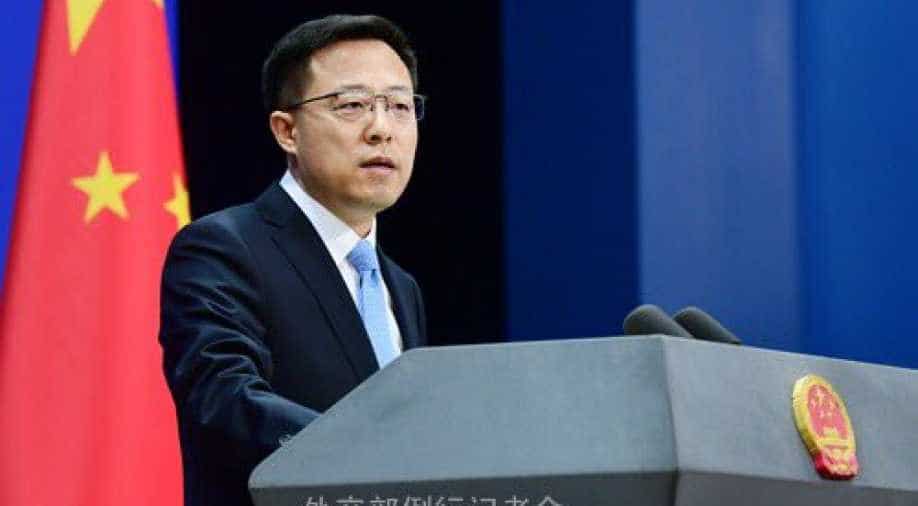 Beijing also slammed Washington for linking the withdrawal of the US troops from Afghanistan to focus more on the threats posed by China, saying the fight against terrorism is in the common interest of all parties, including the two countries

The Chinese government on Thursday said that currently the security situation in Afghanistan remains complicated and grave and terrorism is far from being eradicated.

Voicing concern over America's decision to withdraw all its troops from Afghanistan by September, China said that Washington should accommodate legitimate security concerns of the regional countries to prevent “terrorist forces” from taking advantage of the chaos in the war-torn country.

Chinese Foreign Ministry spokesman Zhao Lijian also criticised Washington for linking the withdrawal of the US troops from Afghanistan to focus more on the threats posed by China, saying the fight against terrorism is in the common interest of all parties, including the two countries.

US President Joe Biden said on Wednesday that he would withdraw all remaining US troops – about 2,500 – from Afghanistan by September 11, the 20th anniversary of the terrorist attack in New York.

"The current security situation in Afghanistan is still complex and grim and the problem of terrorism is far from being solved. Foreign troops stationed in Afghanistan should withdraw in a responsible and orderly manner to ensure a smooth transition in Afghanistan and to avoid terrorist forces from taking advantage of the chaos," Zhao Lijian said at a media briefing while responding to questions on US troops pullout plan.

To a question that the US is linking its troops' withdrawal to focus on China, Mr Zhao said, "The US side links its withdrawal from Afghanistan to China's challenge."

"This reflects deep-rooted zero-sum mindset from the Cold War which is detrimental to mutual trust between the two countries and it is not conducive to cooperation and coordination on international and regional issues."

"We have to emphasise that the political solution to Afghanistan and early realisation of peace and stability in the country and the fight against terrorism are in the common interest of all parties concerned, including China and the US and are also common aspiration of the international community," he said.

White House Press Secretary Jen Psaki has said that the US "will begin an orderly drawdown of the remaining forces before May 1 and plan to have all US troops out of the country before the 20th anniversary of 9/11."

Later US President Joe Biden said, "It is time to end America's longest war. It is time for American troops to come home."

Mr Zhao also said China will attend the UN conference on Afghanistan scheduled to be held in Istanbul from April 20 to May 4 to find a peaceful solution to Afghanistan's civil strife.

Observers say that the US' latest plan to speed up the withdrawal of more troops from Afghanistan may have troubling consequences for China.

China, whose volatile Xinjiang province shares a border with Afghanistan, has been expressing concern over the US troops withdrawal despite its current round of tensions with Washington on a host of issues including, the US claiming genocide by China against Muslim Uygurs in Xinjiang.

China has been refuting allegations of mass detention camps and other gross human rights violations against Uygurs Muslims.

The previous Trump administration had lifted the ban on the separatist East Turkistan Islamic Movement (ETIM), a Uighur terror outfit.

The ETIM was designated as a terrorist organisation by the UN's 1267 counter-terrorism committee in 2002 for its alleged association with Al Qaeda, the then Al Qaeda chief Osama bin Laden and the Taliban.

Despite its all-weather ties with Pakistan, which holds a strong control over the Taliban as it operates from the Pakistani territory, China's concerns stem from the reports of regrouping of hundreds of Uygur groups who worked with terror group ISIS in Syria and Afghanistan to stage attacks in Xinjiang.