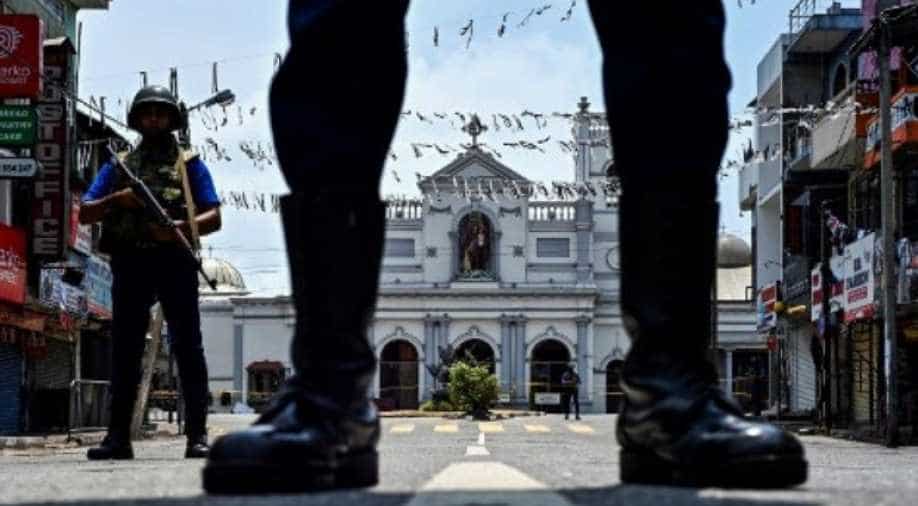 A huge cache of explosives was also recovered from the spot.

A total of 106 suspects, including a Tamil medium teacher and a school principal, have been arrested in Sri Lanka in connection with the Easter Sunday blasts, police said Sunday, even as the Islamic State claimed the three militants who blew themselves up during a raid in the Eastern province were its members.

As the country marked a week since the coordinated blasts hit three churches and three luxury hotels, killing 253 people and injuring over 500 others, police and security forces continued their hunt for members of the National Thowheeth Jamaath (NTJ), the local terror outfit behind the attack.

The Criminal Investigations Department (CID) is carrying out the interrogation of the 106 suspects, Colombo Page reported.

The arrested people include a 40-year-old Tamil medium school teacher who was found in possession of 50 SIM cards and other incriminating items, the report said.

He was held following a joint operation conducted by the Kalpitiya Police and the Navy.

In a special joint operation conducted by the Army and police in Vavuniya town, 10 suspects were arrested.

On a tip-off, main roads were blocked and search operations carried out for nearly three hours. Security has also been stepped up in the area.

Meanwhile, two suspects were arrested in Damgedara area in Galle during a search conducted on information received of a school managed by the NTJ.

One of the suspects is the principal of the school and the other is a doctor who has served as an instructor. The Galle police are conducting further investigations.

Sri Lanka on Saturday banned the NTJ and a splinter group linked to the ISIS.

On Friday, six children and three women were among 15 people killed when militants linked to the Easter Sunday bombings opened fire and blew themselves up during a fierce gun battle with security forces in Eastern province.

A huge cache of explosives was also recovered from the spot.

The Islamic State terror group, in a statement published early Sunday through its propaganda 'Amaq' news agency, claimed that the three militants who blew themselves up during the fierce gun battle were its members.

At the security council meeting on Friday, it was decided that search operations to crack down on extremist terrorism must continue until the threat is completely eliminated.

Security has been improved at hotels, schools and public places.

Nine suicide bombers carried out a series of devastating blasts that tore through three churches and three luxury hotels on the Easter Sunday, killing 253 people.

The Islamic State claimed the attacks, but the government has blamed local Islamist extremist group NTJ for the attacks.

President Maithripala Sirisena said Friday that over 130 suspects linked to the Islamic State terror group have been operating in the country.

According to Sri Lanka's Foreign Ministry, the number of foreign nationals who have been identified as killed remained at 40, including 11 from India.
Sri Lanka has a population of 21 million which is a patchwork of ethnicities and religions, dominated by the Sinhalese Buddhist majority.