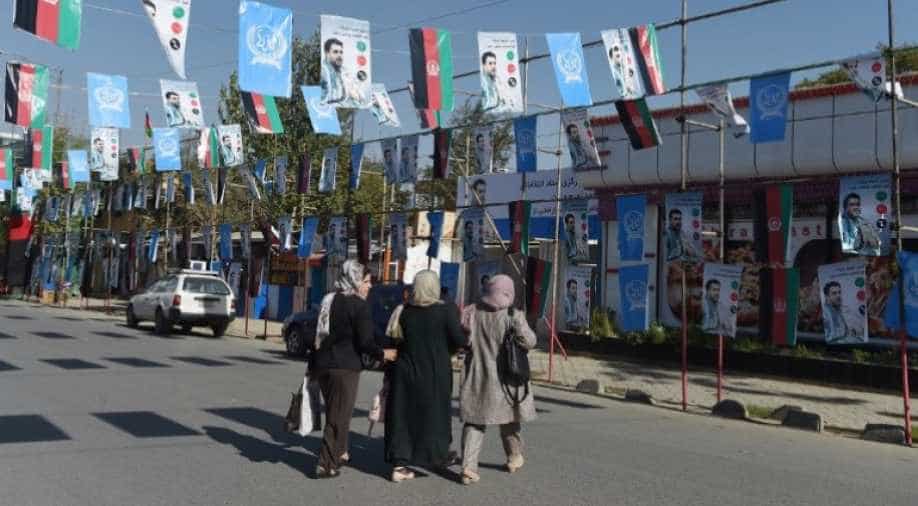 This comes amid fears that the Taliban might curtail the freedom of women in the country - as they did in their previous stint.

After asking working women in Afghanistan to stay at home in its second press conference on August 24, the Taliban is now requesting that all female health department employees in the centre and provinces attend their duties on a regular basis.

Taliban spokesman Zabihullah Mujahid tweeted on Friday that the Islamic Emirate's Ministry of Public Health advises all female employees in the centre and provinces to attend to their duties on a regular basis. Women's work is not restricted in the Islamic Emirate.

This comes amid concerns that the Taliban will restrict women's freedom in the country, as they did during their previous tenure. 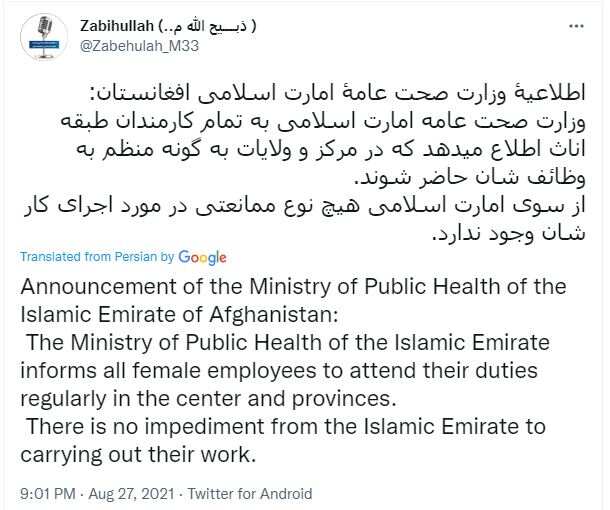 Even though the insurgent group has stated that they will not restrict women from working or deny girls the right to education this time, and will ensure their freedom under Sharia law, women in Afghanistan remain concerned.

The Taliban's treatment of women and girls, according to UN Human Rights Chief Michelle Bachelet, would be a "fundamental red line."

During the Taliban's rule from 1996 to 2001, women were not allowed to work, had to cover their faces, and had to be accompanied by a male relative if they wanted to leave their homes.