Sushma Swaraj tweets: Missing Indian clerics will be back tomorrow 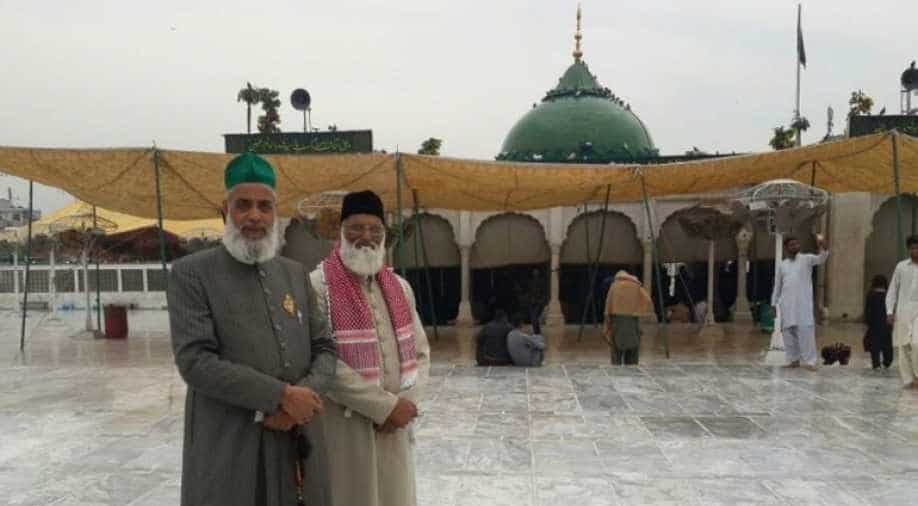 The clerics held a press conference at which Syed Nizami said there were people who did not wish for them to return to Pakistan but that they would continue to do so -- with the 'message of peace'. ?? Photograph:( ANI )

Indian foreign minister Sushma Swaraj tweeted Sunday morning that she had spoken with one of the two clerics who had gone "missing" in Pakistan and that he had told her both of them would be back in Delhi Monday.

I just spoke to Syed Nazim Ali Nizami in Karachi. He told me that they are safe and will be back in Delhi tomorrow. #Nizamuddin

The two clerics had travelled to Pakistan on March 8.

According to Pakistani media reports, the two clerics said they had gone to meet devotees in the interiors of Sindh where there was no phone connectivity.

The duo had travelled to Pakistan to visit relatives in Karachi and then embarked on a pilgrimage to Lahore.

One of them went missing in Karachi and the other in Lahore, reports claimed.

The Indian authorities had raised the issue with the Pakistan foreign ministry seeking its help in tracing the missing duo.

Syed Asif Ali Nizami is the head priest of New Delhi's Hazrat Nizamuddin Dargah. The other cleric, Nazim Nizami, is also with the dargah.

Meanwhile, Amir Nizami, the son of one of the clerics, thanked Swaraj and the Indian government for helping track down his father.

He added that the clerics' mobile phones were now working.