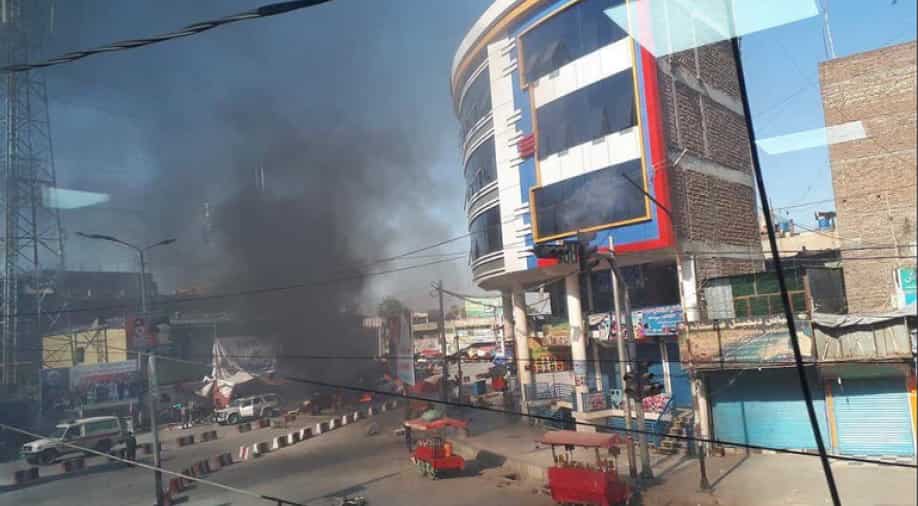 An Afghan official says Sikhs and Hindus who were about to meet the president were targeted in a suicide bombing that killed at least 10 people in the eastern city of Jalalabad. Photograph:( Twitter )

A suicide bomber targeted a group of Sikhs and Hindus in the eastern city of Jalalabad, killing at least 19 people, according to a statement by an Afghan official.

Gen Ghulam Sanayee Stanekzai, the police chief of Nangarhar province, says twenty others were wounded in Sunday's attack, which targeted the group on its way to the governor's compound.

Among the 19 dead were 12 Sikhs and Hindus, he told AFP. Another 20 people were wounded.

There were scenes of anguish at the hospital where grieving relatives wept and hugged each other as they waited for news of their loved ones.

They had planned to meet with President Ashraf Ghani, who was visiting the region on Sunday.

Ghani on Sunday attended the inauguration of a new hospital complex in Jalalabad and also met with local officials.

The president is only due to leave the province on Monday.

No one immediately claimed responsibility for the attack, but the Taliban and an Islamic State affiliate are active in the province.

Afghanistan's tiny Sikh and Hindu minority has endured decades of discrimination and hostility, and today numbers only around 1,000 people. They have been targeted in the past by Islamic extremists.

#AFG. #Update: Twelve killed and 20 others injured when a suicide bomber, apparently, targeted a vehicle carrying #Sikh #Afghans in #Jalalabad city, Sunday afternoon.
Most of the victims are Sikh. pic.twitter.com/JP2Mph8V09