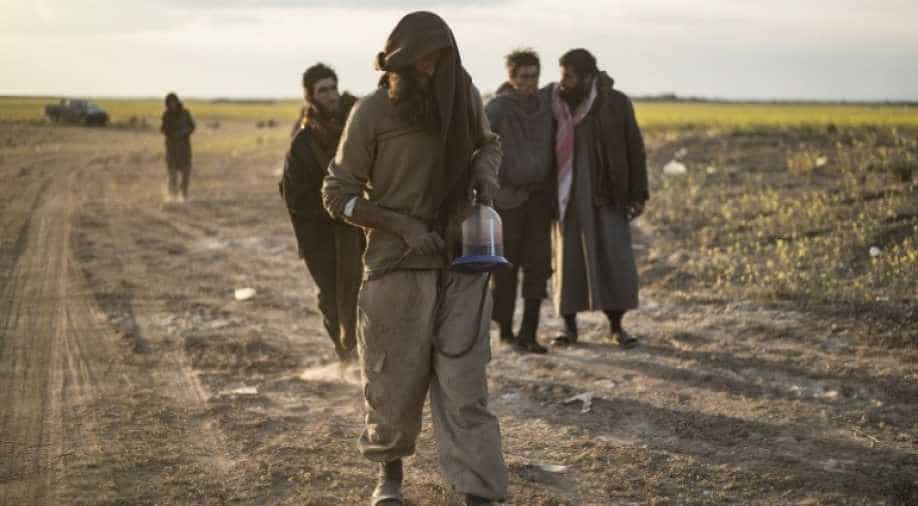 IS-K fighters coalesced in the hilly district of Achin in Nangarhar in 2015, the first time they controlled territory inside Afghanistan

Afghan farmer Gulnar Malik had seen her share of hardships as war-ravaged her country for decades but nothing prepared the mother of five for the arrival of the Islamic State group.

IS militants seized her village in the eastern Afghanistan province of Nangarhar, bordering Pakistan, nearly five years ago, unleashing a tide of carnage and slaughter as they sought to expand their self-declared Syria and Iraq "caliphate" into Afghanistan.

The IS "fighters committed a lot of atrocities", Malik, 55, told AFP shortly after the Afghan army dislodged the jihadists from her home district of Achin, following weeks of house-to-house fighting, shelling and US airstrikes.

"They shot dead one of my children and injured another. My dead boy was trying to run away when they shot him," she recalled, adding that her husband had been detained and tortured over a three-week period.

Malik went home last month having spent years in the comparative safety of a nearby town after Afghan military officials announced that IS's Afghan branch, also known as IS in the Khorasan, or IS-K, had been completely defeated in Nangarhar.

While some local officials are not convinced that the loss is comprehensive, the Nangarhar gains if they hold would mark a major accomplishment for Afghanistan's beleaguered security forces.

The exact nature of links between IS in Afghanistan and the Middle East remains unclear, but IS-K first emerged in the region in 2014, largely made up of disaffected fighters from the Taliban and other jihadist groups in Afghanistan, Pakistan and Central Asia.

IS-K fighters coalesced in the hilly district of Achin in Nangarhar in 2015, the first time they controlled territory inside Afghanistan.

They confounded early US predictions they would be defeated quickly, withstanding continual airstrikes, as well as battles with the rival Taliban.

They replenished their ranks using a mix of cash and extreme ideology spread inside Kabul's universities.