Stage set for PDM rally in Gujranwala; govt trying to obstruct it 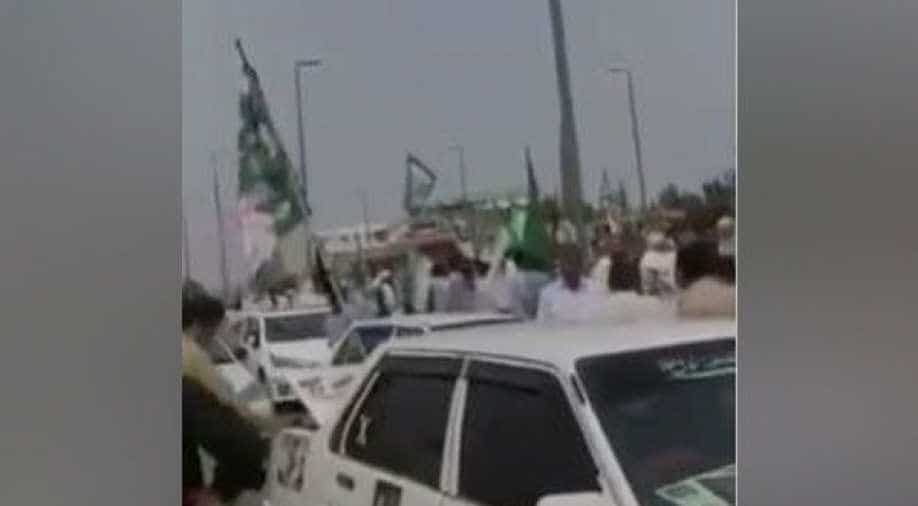 The anti-government rally is organised to protest against army atrocities and demand for Prime Minister Imran Khan's resignation in the backdrop of corruption, economic slowdown, and poor governance.

The Pakistan Democratic Movement's (PDM) first anti-government protest is going to be held in Gujranwala in a few hours.

The anti-government rally is organised to protest against army atrocities and demand for Prime Minister Imran Khan's resignation in the backdrop of corruption, economic slowdown, and poor governance.

Pakistan is under tremendous pressure owing to the coronavirus pandemic -- which has worsened the decay already existing in the system.

A large gathering of PML-N supporters was witnessed in Punjab province before the start of the rally. Anti-government protesters shouting slogans like "Look who has arrived, Lion is here."

The PML-N supporters swarmed the streets with Nawaz Sharif's placards accompanied with music, who will virtually address the rally from London.

The protesters had already started pouring in Gujranwala since last night, where the whole atmosphere reverberated with the slogans like, "Ek take me do Niyazi" referring to the shady performance of Imran Khan as the PM of Pakistan.

People coming from other places to participate in the rally with their own vehicles were stopped 4-5 km away from the venue. Also, containers were put in the middle of the road to block the entry of the protesters.

Truck/container drivers who were bound to leave for Karachi with goods were forcibly stopped by the police and the trucks/containers were placed in the middle of the road to obstruct the path of the protesters. "Nothing was paid to us (truck/container drivers) and we are left in the middle of the road", said a truck driver when asked about the reimbursement.