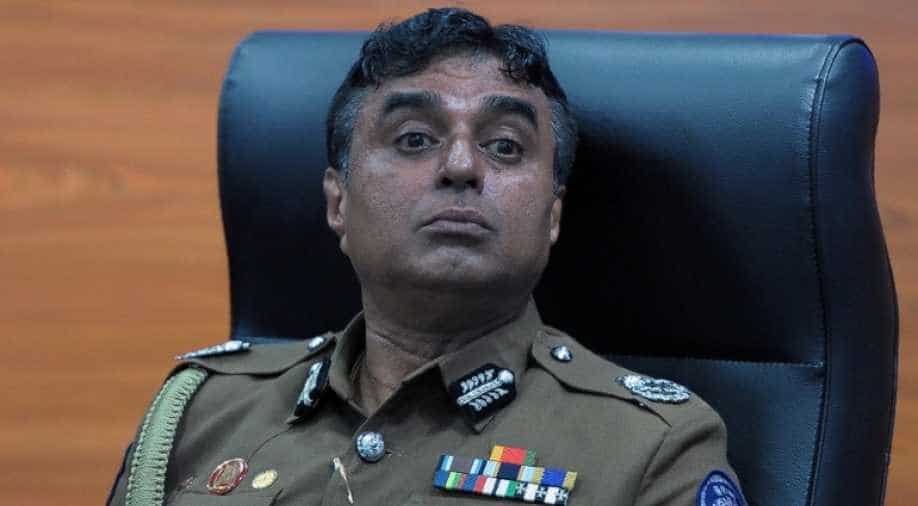 The Sri Lankan President sent Pujith Jayasundara on compulsory leave who had so far remained defiant and refused to quit as the country's police chief.

The Sri Lankan president sent Pujith Jayasundara on "compulsory leave" after he remained defiant and refused to quit as the country's police chief.

Jayasundara was asked to resign in the wake of deadly bombings in Sri Lanka in which at least 253 people died on April 21.

Jayasundara had refused to quit taking responsibility for the intelligence failure that led to the massive Easter Sunday bombings.

Meanwhile, Sirisena announced a ban on face covering. The restriction will take effect from today.

Sri Lanka on Sunday lifted the nationwide night curfew which was imposed after the island nation was rocked with eight blasts.

Police also said they have arrested one more person suspected to be involved in the Easter blasts.

The Special Task Force and Army troops, following a tip-off, raided a house in Kalmunai city at Sainthamarudu on Friday night, leading to a heavy exchange of fire with armed militants. As many as 15 people, including six children and three women, were killed in the shootout.

The authorities revised the death toll to 253, from the previous figure of 359, explaining that some of the badly mutilated bodies had been double-counted.