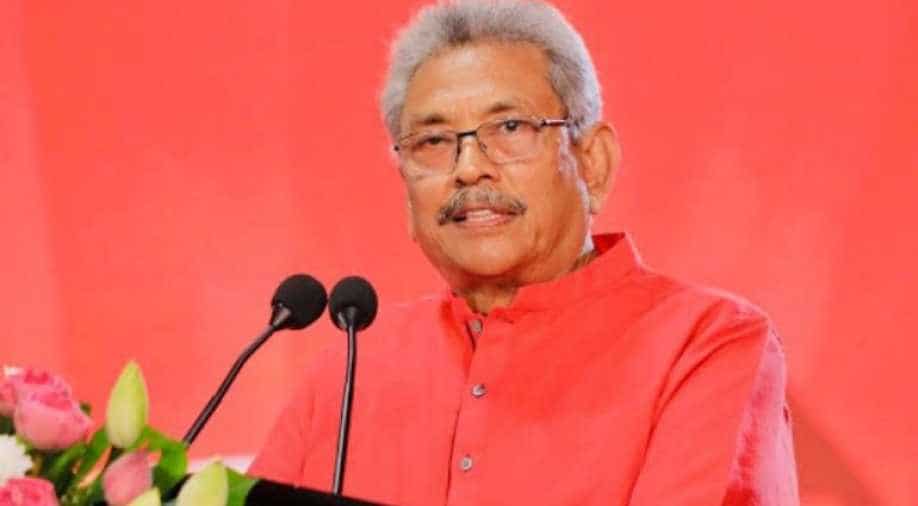 Rajapaksa's plans are being considered to be reversal of the promise he made in 2019 elections. He had said that he will be president only for a single term

Sri Lanka President Gotabaya Rajapaksa announced on Monday that he would seek a second term, said media reports. This is a reversal of a promise to only stay for five years.

Rajapaksa had said during his triumphant 2019 election campaign that he would be a one-term president.

He reaffirmed last year that a single term would be sufficient to implement his ambitious plans. This triggered a succession struggle within the powerful Rajapaksa family.

Elections are not due until 2024, but Rajapaksa now says he needs five more years to implement his "Vistas of Prosperity and Splendour" manifesto after the economy contracted by a record 3.6 percent in his first year. The government has banned many imports because of a foreign currency crunch.

Rajapaksa "today declared that he would contest for a second term", the pro-government The Morning website quoted him as telling media owners.

Rajapaksa's statements have set off speculations about Rajapaksa family's plan to remain a dominant political force.

The elevation of the president's youngest brother Basil, 70, as finance minister earlier this month was widely seen as a move to groom him for the presidency.

Basil was thought to have edged out his nephew, Namal, the minister of sports and eldest son of Prime Minister Mahinda Rajapaksa, to be the next family leader.

"Another U-turn and maybe this squashes Basil's chances for the next presidency," said Jamila Husain, a deputy editor of the Daily Mirror newspaper, on Twitter.

Since his election, Gotabaya Rajapaksa has tightened the family grip on power.