Sri Lanka in manhunt for ex-admiral linked to extortion killings 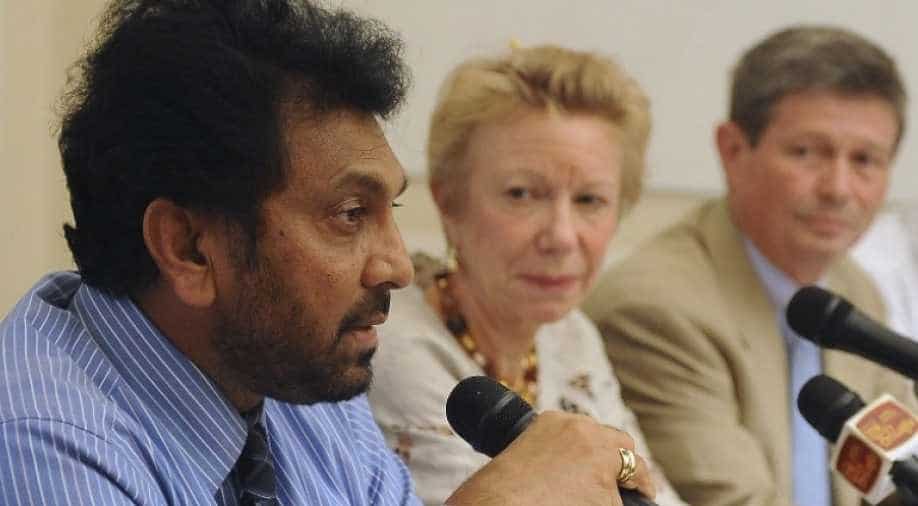 Wasantha Karannagoda, 66, was added to a list of 14 men accused of abducting children from wealthy families in 2008-2009 and later killing them.

Sri Lankan police on Saturday hunted a former navy chief linked to the kidnap and murder of 11 people in an extortion case that has attracted international condemnation.

Wasantha Karannagoda, 66, was added to a list of 14 men accused of abducting children from wealthy families in 2008-2009 and later killing them.

Colombo Fort Magistrate Ranga Dissanayake on Friday impounded the retired admiral's passport as police feared he would attempt to flee the country.

The four allegations against Karannagoda include conspiracy to murder, which carries the death penalty.

"We have launched a search for him," a police official told AFP. "We have alerted all ports of exit."

One of Karannagoda's successors, Admiral Ravindra Wijegunaratne, the current head of Sri Lanka's military, has been on bail since December after being accused of helping one of the suspects to avoid arrest.

Police told the court that the 11 victims were killed while in the illegal custody of the navy, although their bodies have never found.

Investigators believe the number of victims to be at least three times higher.

Police said that the victims were not linked to Tamil rebels and had been kidnapped purely to extort money from their families.

The killings of the young men have been widely condemned and international rights organisations have repeatedly demanded accountability.

The case was reopened only after President Mahinda Rajapakse lost his reelection bid in January 2015 elections.

Several intelligence officers also face prosecution over the murder of journalists critical of Rajapakse, whose decade in power was marred by allegations of war crimes and grave rights abuses.

Military figures have been accused of extrajudicial killings during the 37-year war against the Tamil Tiger separatist movement.

The final days of the offensive that eventually crushed the rebels were marked by major abuses, according to rights groups. A UN panel said 40,000 civilians may have been killed in the final stages of the war that ended in May 2009.