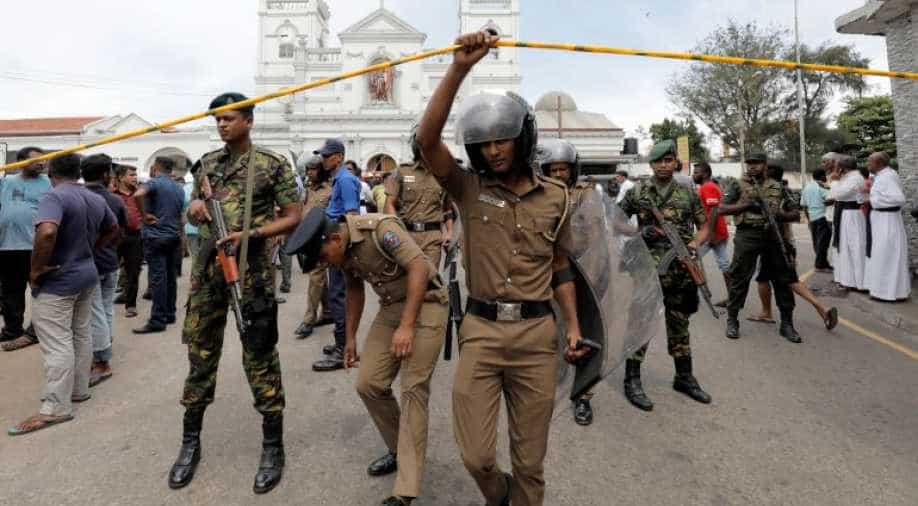 Some 3,000 military personnel were deployed in and around the capital as well as other key towns for cordon-and-search activities that began on Thursday, a military official said.

Sri Lanka's military has detained nearly 100 suspects during four days of search operations against remnants of an Islamist group blamed for the Easter attacks that killed 258, officials said Sunday.

Some 3,000 military personnel were deployed in and around the capital as well as other key towns for cordon-and-search activities that began on Thursday, a military official said.

In the first three days, security forces took 87 suspects into custody and they were handed over to the police for further investigations, he added.

"The number of people detained could be around 100 by now," a security official said adding that almost all were taken in for possessing drugs and in some cases illegal weapons.

A few were also detained along with video and other propaganda material of the local jihadi group, the National Thowheeth Jama'ath (NTJ) which has been blamed for the April 21 bombings.

The Islamic State group has also claimed a role in the attacks.

Several parts of the capital were also targeted in search operations by troops on Sunday.

Similar raids were carried out in North Western Province, north of Colombo, where anti-Muslim riots this month left one man dead and left hundreds of Muslim-owned shops, homes and mosques destroyed.

Security forces have arrested scores of suspects in connection with the April 21 bombings of three hotels and three churches, as well as over what appeared to be organised violence against the island's Muslim minority.

While authorities say the immediate jihadist threat has been blunted, President Maithripala Sirisena on Wednesday extended for one month the 30-day state of emergency imposed after the suicide bombings.

Sirisena said the move was to maintain "public security", with the country still on edge after the Easter attacks.

Christians make up 7.6 per cent and Muslims 10 per cent of mainly Buddhist Sri Lanka.