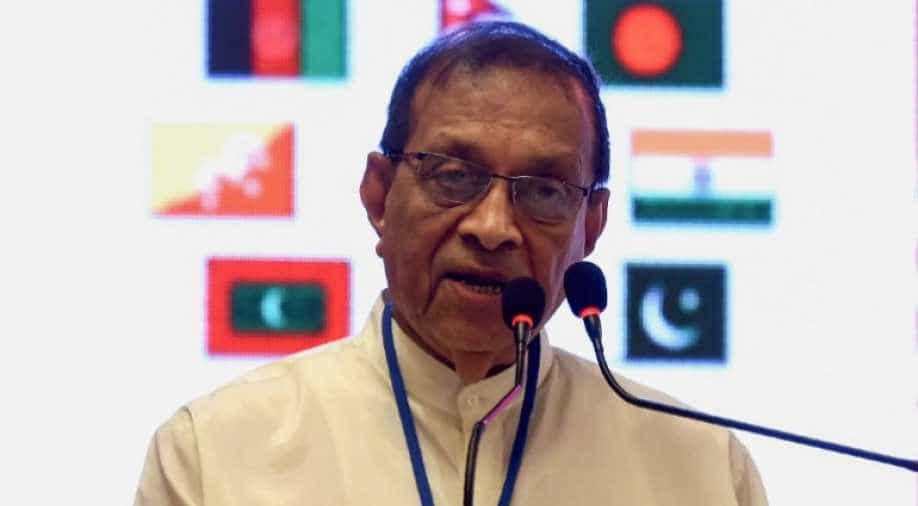 The island nation is witnessing a political crisis since Sirisena's controversial move to sack Wickeremesinghe and install Rajapaksa as the prime minister in his place on October 26.

Sri Lanka's Speaker Karu Jayasuriya on Thursday met President Maithripala Sirisena and apprised him about the negative impact of ongoing policy crisis on the country's currency, foreign investments and arrival of tourists.

Jayasuriya's meeting with the President is being seen as an attempt to end the impasse that the island nation is facing since the sacking of Prime Minister Ranil Wickremesinghe by Sirisena and appointment of strongman Mahinda Rajapaksa as the country's premier over a month ago.

The island nation is witnessing a political crisis since Sirisena's controversial move to sack Wickeremesinghe and install Rajapaksa as the prime minister in his place on October 26.

Jayasuriya, in a statement released after his meeting with Sirisena, said that he pointed out the adverse economic impact from the impasse on the Sri Lankan rupee, foreign investments and the slump in tourist arrivals.

"He promised to take appropriate action tomorrow in consultation with the Leader Of the Opposition and the leaders of UNF," the statement said.

Sirisena and Jayasuriya are said to be not on the same page.

Jayasuriya's decision not to recognise Rajapaksa until he proved his majority had led to a clash with the executive. He is accused of being biased against Rajapaksa and Sirisena, further escalating the impasse.

Also, Sirisena's UPFA has continued to boycott parliamentary sessions in protest against the speaker.

Earlier in the day, a Sirisena loyalist Wijeyadasa Rajapakshe, who was the only legislature from Sirisena's party who took part in a debate on the expenditure of the Prime Minister's Office, invited Jayasuriya to hold talks with the President to end the crisis.

Parliament on Thursday overwhelmingly passed a motion to suspend the expenditure of the Prime Minister's Office, dealing a major blow to Rajapaksa.

Wickremesinghe has held on to the post despite his sacking as he maintained that his removal was illegal in terms of the 19th amendment to the constitution.

Sirisena has said he would never appoint Wickremesinghe as the prime minister as he found it personally hard to work with him.

Wickremesinghe claims that the Constitution does not allow for personal prejudices and the president would be duty bound to accept the person who commands a majority in Parliament.