Several rockets fired at US air base in Afghanistan 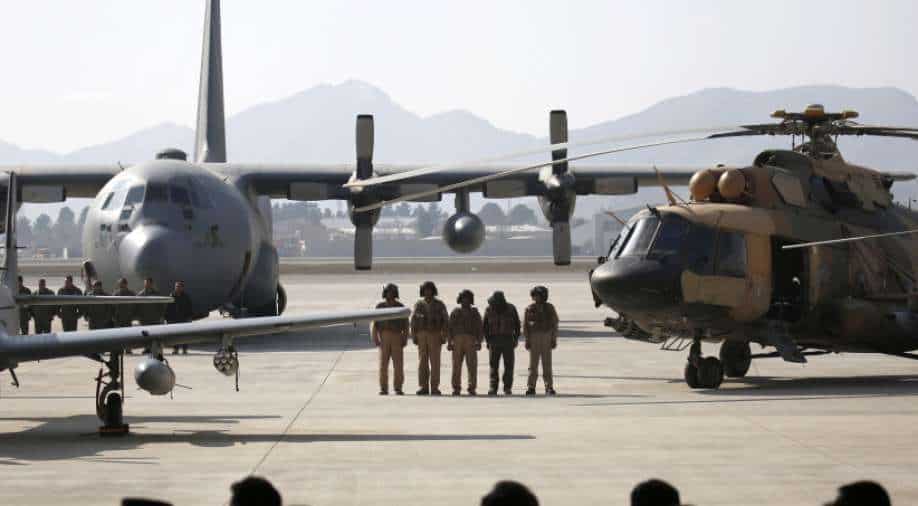 US air base in Afghanistan Photograph:( AFP )

According to NATO and Afghan officials, however, there were no casualties or damage to the airfield.

A major US air base north of Kabul was targetted in a rocket attack on Saturday.

Five rockets were fired at Bagram Airfield in Parwan province at 6:00 am. According to NATO and Afghan officials, however, there were no casualties or damage to the airfield.

As many as 12 rockets were mounted on a vehicle and five of them were fired at the base, while police defused the other seven.

"Rockets were fired towards Bagram Airfield this morning. Initial reporting is there were no casualties and the airfield was not damaged," a NATO official told AFP.

No group has immediately claimed responsibility for the attack, and the Taliban denied any involvement.

Saturday's rocket attack targeting the airfield came a day after 15 children were killed when an explosives-laden motorbike blew up near a religious gathering in the eastern province of Ghazni.

Afghan officials blamed the Taliban for the blast.

In recent months, IS has claimed several assaults in Kabul, including two rocket attacks that struck several residential areas in the capital, causing fatalities.

Violence has surged in Afghanistan in recent months despite the government and the Taliban launching peace talks to end the country's grinding war.