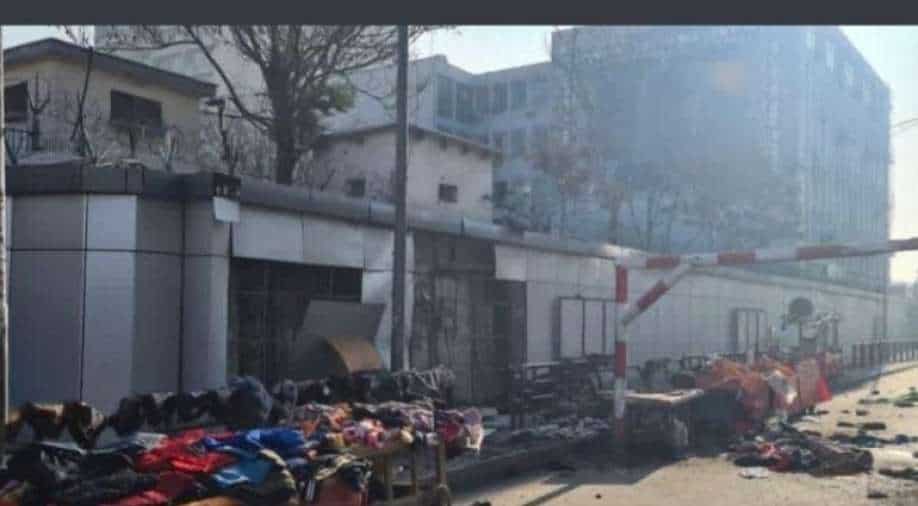 A file photo of a blast. Photograph:( WION )

The MoD also informed about the killing of eight other Taliban terrorists in Bala Bolok district of Farah province.

As many as seven Taliban terrorists were killed in Chomtal district of Afghanistan's Balkh province in an airstrike on Friday.

The Ministry of Defence (MoD) of Afghanistan said that a cache of weapons and ammunition were also destroyed during the strikes.

"7 Taliban were killed in Chomtal district of #Balkh province as a result of an airstrike, today morning. Additionally, 5 others were wounded and a large amount of their weapons and ammunition were destroyed," Ministry of Defence, Afghanistan tweeted.

The MoD also informed about the killing of eight other Taliban terrorists in Bala Bolok district of Farah province.

"8 Taliban terrorists were killed and 3 others were wounded in Bala Bolok district of #Farah province, last night. Also, a large amount of their weapons and ammunition were destroyed during reciprocal attacks of #ANA," MoD said in another tweet.

Afghanistan has also urged Islamabad "not to allow its territory to be used by insurgents and elements who insist on continuing the war and bloodshed".

The official statement was released after "a series of video footages emerged in which the Taliban appeared among their followers, disclosing the existence of all Taliban leaders in Pakistan and acknowledging their continued activities in Pakistani territory".

The ministry expressed "deepest regret" over some Taliban leaders being seen in the videos visiting training camps.

No fatalities have so far been reported. The explosion took place just after a blast in the Chaman-e-Hozoori area in Kabul.