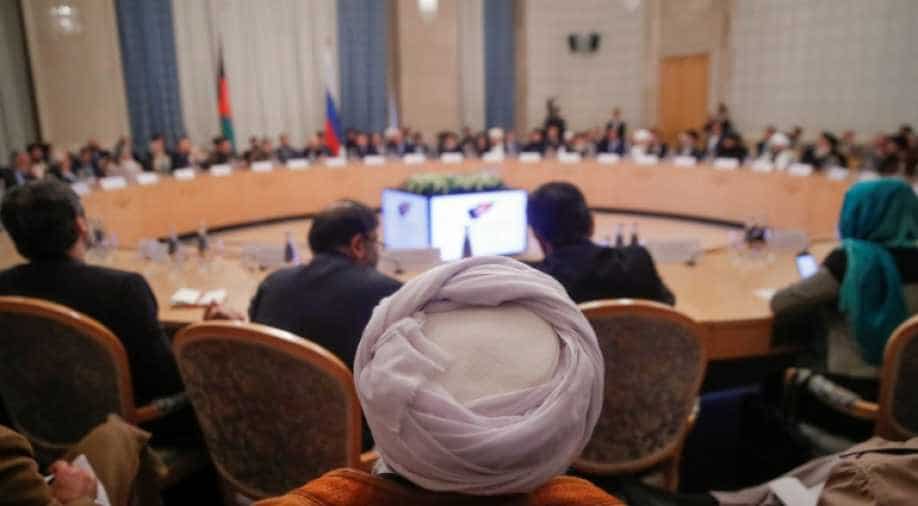 Taliban spokesman Suhail Shaheen told the insurgents were planning to send a delegation to attend the ceremony but provided no further details.

Afghan politicians are set to attend a two-day meeting with the Taliban in Moscow this week, officials confirmed Monday, as fighting continues to rage in Afghanistan amid ongoing peace talks between the US and the militants.

The meeting -- set to run from the 27th and 28th of May -- will mark the 100th anniversary of diplomatic relations between Russia and Afghanistan.

Taliban spokesman Suhail Shaheen told the insurgents were planning to send a delegation to attend the ceremony but provided no further details.

A spokesman for Afghanistan's high peace council -- which is charged with helping facilitate peace talks between Kabul and the Taliban -- said Karim Khalili, who heads the body, will also be in attendance.

Former president Hamid Karzai is also set to make an appearance, with his spokesman Yousof Saha suggesting the Afghan and Taliban delegations might meet on the sidelines of the ceremony for informal talks but noted that nothing was guaranteed.

The potential talks would mark the second time leaders from the militant movement have met with opposition leaders in Russia, following a rare sit down between the two sides in February that saw members of the Taliban and Afghan politicians praying together and chatting over meals.

However, no representatives from the current administration of President Ashraf Ghani were present at those informal talks, spurring fears the administration was being further sidelined in the ongoing peace process.

The latest meeting in Moscow comes weeks after the sixth round of talks between the US and Taliban wrapped in Doha with no tangible progress cited by the negotiating teams as Washington continues to push for a settlement with the militants aimed at ending its 18-year fight in Afghanistan.

The Taliban have said that peace negotiations were stumbling over the fundamental question of when foreign forces would depart Afghanistan.

The US, however, has refused to agree to withdrawal as part of an eventual deal until the Taliban put in place security guarantees, a ceasefire, and other commitments including an "intra-Afghan" dialogue with the Kabul government and other Afghan representatives.

Moscow appears to be gaining influence in the ongoing process, with the US announcing last month that Washington had reached a consensus with China and Russia on the key formula for a peace deal it is negotiating in Afghanistan.