Remembering Nirbhaya and looking for ways to stop rape 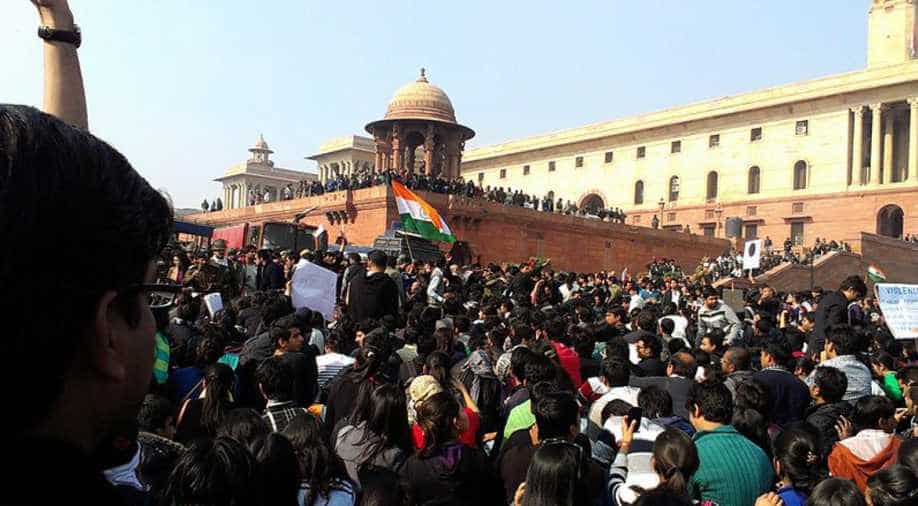 The brutal gangrape and killing of Nirbhaya triggered public outrage and shock across India. It also led to major changes to laws on sexual crimes against women. Photograph:( Others )

The Supreme Court judgment in Mukesh and Anr v. State for NCT of Delhi (the ‘Nirbhaya case’) marks a significant milestone. The Nirbhaya case is unique because it evoked a quick and integrated response from every pillar of Indian democracy. The nationwide civil society galvanisation created a sustained public pressure, which ensured that the executive, the legislature and the judiciary rose to the occasion and responded effectively in their respective spheres.

The societal response was two-fold: firstly, a response to Nirbhaya herself and, secondly, a response meant to meet the needs of all victims of sexual violence.

For decades, activists associated with the women’s movement had been discussing the rising rates of sexual assaults in India, and the need to change laws relating to rape. The first watershed moment came with the verdict on the custodial rape of a young tribal girl Mathura at Maharashtra in March 1972. The protests following the judgment of the Supreme Court led to changes in the law, including the introduction of the concept of custodial rape and shifting of the burden of proof on the accused, once the sexual intercourse is proved.

In a Writ Petition before the Supreme Court, SAKSHI, an organization working on issues related to women, asked for an interpretation of the phrase ‘sexual intercourse’ that would include all forms of penetration. The expansion of the ambit of rapes, however, had to wait for few years until the sexual assault on Nirbhaya catalysed a flurry of legal reforms. It was only with the passage of the Criminal Law Amendment Act of 2013 that the ambit of rape was expanded as suggested initially by SAKSHI. The Act also came to include provisions to deal with acid attacks, sexual harassment and stalking as well as acts of voyeurism, assault or use of criminal force with intent to disrobe a woman. Though pathbreaking in many ways, it is a matter of sadness and concern, that it took such a heinous offence to evoke a policy response that was long overdue.

There was a simultaneous response from the Executive. The ministry of finance set up a dedicated fund called the Nirbhaya Fund with a corpus of Rs 3000 crores. The funds were to be utilised for enhancing the safety and security of women in the country. The schemes that have been initiated under this fund include ‘Sakhi’ centers that will act as one-stop centres for women affected by violence, a helpline specifically meant for women that would link the women to the one-stop centres, and Mahila Police Volunteers to act as a bridge between the police and the community.

The low conviction rates in rape trials, delay in conclusion of the trial, and the difficult, often insensitive, interaction between the survivor and the criminal-justice system need immediate remedying.

After the verdict in the Nirbhaya case, it is time for a collective stock-taking of how far we have progressed, in terms of ensuring that women in India enjoy a life of dignity, autonomy and an environment free of violence.

The low conviction rates in rape trials, delay in conclusion of the trial, and the difficult, often insensitive, interaction between the survivor and the criminal-justice system need immediate remedying. Steps must be taken to update and train the officers in the Mahila Police Stations in the latest investigative practices, forensic protocols, and sensitise police personnel on how to handle cases of rape and violence against women. With an increasing number of cybercrimes against women, including cyber-stalking, and online rape threats and death threats, it is important that police force is trained on responding to the particular investigative requirements in such cases.

Another, crucial aspect in any rape trial is the medico-legal aspect. Reports from doctors are a determining factor in judicial decision making. However, what doctors often lose sight of is that sexual assault is a legal issue and not a medical diagnosis. This has been strongly emphasised by the Justice Verma Committee which stated that "doctors should not, on the basis of the medical examination conclude whether rape had occurred or not."

We also need to be sensitive to complaints of sexual assault from men or transgendered persons.

Courts must refrain from using terminology like 'habituated to sexual intercourse' and medical practitioners must not employ legally irrelevant tests such as the ‘two-finger test’ in arriving at an answer to the question of whether rape has been committed. The Supreme Court has categorically held in Lillu @ Rajesh & Anr vs State Of Haryana that "two finger test and its interpretation violates the right of rape survivors to privacy, physical and mental integrity and dignity."

No discussion on sexual violence is complete if it does not take into account assault on victims by persons known to them, either from home or school, the workplace and even within a marriage. Specific institutionalised and legal responses are needed to handle these categories of assault, which are distinct from assault by strangers. We also need to be sensitive to complaints of sexual assault from men or transgendered persons.

We have reached a point in time when it has become imperative that law and policy should evolve contemporaneously to the needs of society. A proactive approach to legal changes, not a reactive one, must guide us on the way forward.

*Anitha Shenoy is a lawyer in the Supreme Court of India, and has practised for the last 2 decades.

** Srishti Agnihotri, is a Delhi based lawyer.