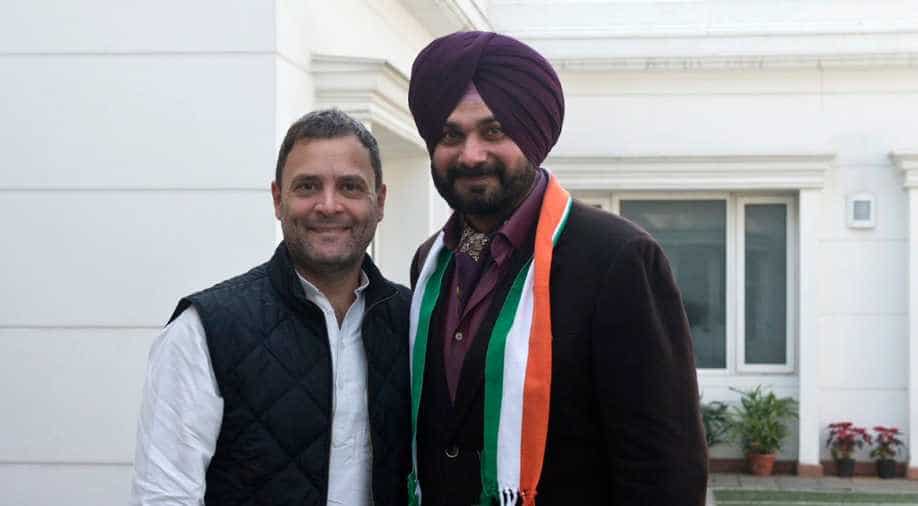 Sidhu, a big draw in the state, has joined the party nearly four months after he defected from the Bharatiya Janata Party (BJP).

“Beginning of a new inning (sic). On the front foot…….. Punjab, Punjabiyat and every Punjabi must win !!!,” Sidhu said in a tweet.

Beginning of a new inning. On the front foot........ Punjab, Punjabiyat & every Punjabi must win !!! pic.twitter.com/up0WzzoaxJ

Former chief minister and Congress chief ministerial candidate for Punjab, Captain Amarinder Singh, said Sidhu would be a legislator from Amritsar East. Amarinder Singh, also the Congress chief in Punjab, spoke to Sidhu over the phone to welcome him into the party. He said Sidhu's joining would further strengthen the Congress in Punjab and that Sidhu would be the star campaigner for the party in the state.

The two will kickstart their election campaign with a visit to Amritsar's Darbar Saheb in Golden Temple followed by a road show and a joint press conference in the city on January 19.

He will be an MLA, Amritsar East seat has been given to him: Captain Amarinder Singh,Cong on Navjot Singh Sidhu #PunjabPolls pic.twitter.com/YXSblMKZQI

"We are certain that Congress party will be immensely strengthened in Punjab and elsewhere with the entry of Sidhu," the party posted on its official Twitter handle.

Reacting to the announcement, Punjab deputy chief minister Sukhbir Singh Badal of the Shiromani Akali Dal (SAD) remarked dryly that he was "relieved". He also remarked that the former BJP legislator from Amritsar was joining a party that had attacked the city's Golden Temple, referring to the 1984 operation by the Indian Army against militants holed up in the iconic monument. The Congress party was in power at the time of the incident.

Rumours that he would join the Congress have been going on ever since his wife Navjot Kaur joined the Congress from BJP last November.

Navjot Sidhu, 53, was initially expected to join Arvind Kejriwal-led Aam Aadmi Party but talks collapsed when he reportedly demanded that he become the party's chief ministerial candidate in Punjab.

In September 2016, Navjot Sidhu announced his own political party named Awaz-e-Punjab (Voice of Punjab) along with suspended Akali leader Pargat Singh and the Bains brothers of Ludhiana.

Sidhu was previously a BJP lawmaker from Amritsar between 2004 and 2014 after which he was evicted from the constituency to make way for Arun Jaitley. Sidhu was then given a Rajya Sabha nomination by the BJP.

Punjab goes to polls on February 4.