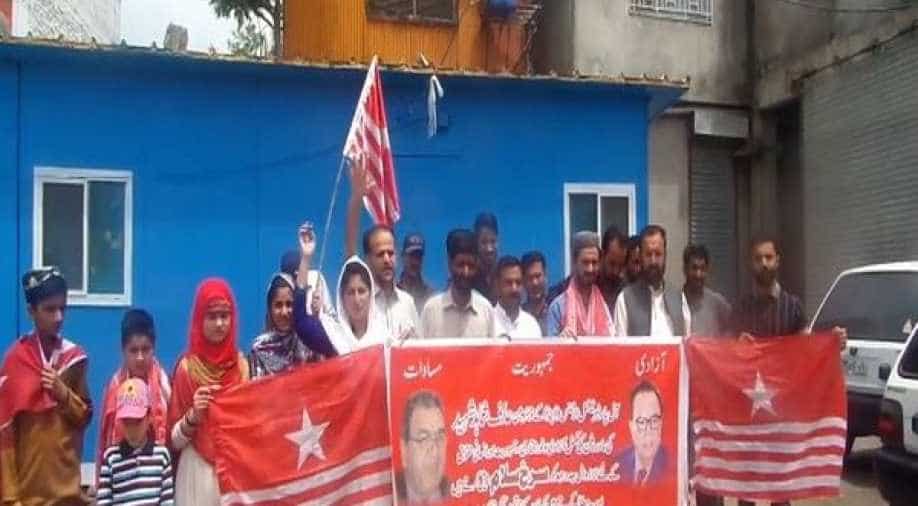 Shahid, chairman of the All Parties National Alliance (APNA), was shot dead by unidentified gunmen at his home in Rawalpindi on May 14, 2013.

Shahid was allegedly killed by the ISI. Today is his fifth death anniversary.

The Jammu Kashmir National Independence Alliance (JKNIA) also organised a protest outside Pakistani consulate in Bradford and raised slogans against Pakistan for denying justice to Arif Shahid.
They shouted slogans such as 'Who killed Arif Shahid? ISI... ISI...' and 'Pakistani forces... out... out...'

Protests were also staged outside the Pakistan Embassy in London on the same day. Activists of United Kashmir People's National Party and Jammu and Kashmir National Awami Party (JKNAP) demanded a judicial inquiry into the death of Sardar Arif Shahid, who was shot dead outside his residence in 2013.

"We want a judicial enquiry in the matter and we demand immediate arrest of the killers of Arif Shahid," Sajjad Raza, Jammu and Kashmir National Awami Party (UK) leader said.

Shahid, 62, was the chairman of the All Parties National Alliance (APNA). He was a vocal critic of Pakistan's nefarious activities in Jammu and Kashmir and a supporter of Pakistan-occupied Kashmir's freedom.

'No rhetoric... can ever cover up blood stains' - India’s S. Jaishankar addresses UNGA