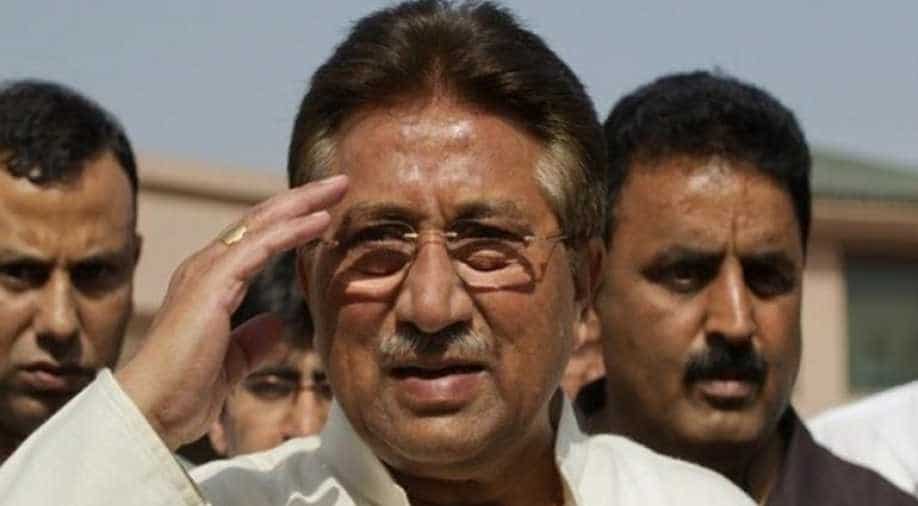 Pakistan's Supreme Court on Tuesday ordered to fix for hearing a plea by former military ruler Pervez Musharraf against a decision by its registrar to not entertain his petition against a special court's high treason verdict.

A three-member tribunal on December 17 last year handed down the death penalty to the 74-year-old retired general, now based in Dubai, after six years of hearing the high-profile treason case against him.

His trial was declared as "unconstitutional" by the Lahore High Court (LHC) through a short order on January 13, leading to the annulment of the death sentence against the ex-Pakistan Army chief.

A month later, the former army chief approached the apex court seeking to overturn the high treason verdict. But the registrar returned Musharraf's plea with the observation that he should first surrender to the authorities before filing an appeal.

Musharraf filed the appeal in the apex court even though the Lahore High Court (LHC) has already declared unconstitutional the filing of high treason case against him, the formation of the Special Court as well as its proceedings, leading to the abolition of the death penalty handed down to him.

Musharraf challenged the decision of the registrar and Justice Umar Ata Bandial after hearing in his chamber ordered that it should be heard by a three-member bench in the open court. He also asked the registrar to fix the hearing.

The former ruler was convicted in absentia under Article 6 of the Constitution for the imposition of a state of emergency in 2007.

Some experts believe that Musharraf's conviction became ineffective after LHC decision but others say that it had no effect on the judgment.

Following the confusion, the Sindh High Court Bar Association (SHCBA) on Tuesday challenged the LHC decision in the Supreme Court.

It said that LHC had no jurisdiction and it requested the apex court to uphold the death sentence of Musharraf in the case.

Musharraf has been living in Dubai since March 2016 where he went in the middle of the trial to get medical treatment but never came back.