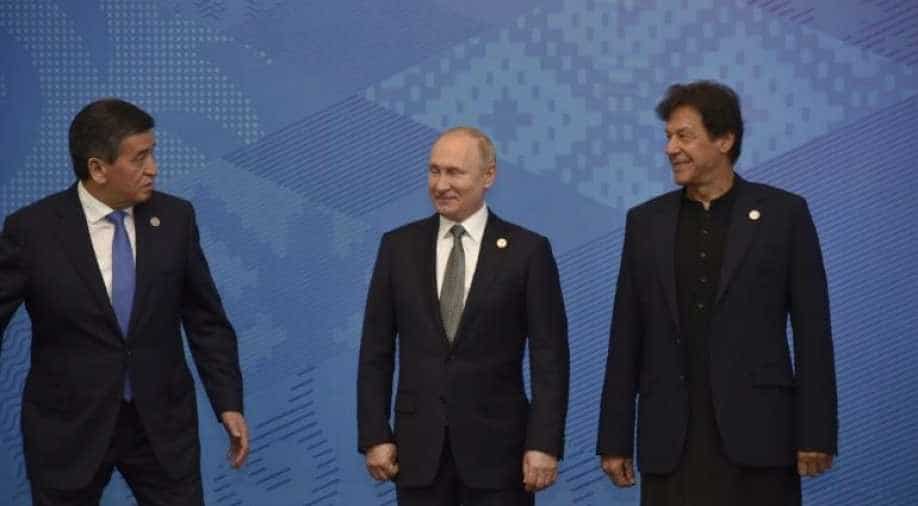 The visit comes after an invitation was extended to Imran Khan by Russia President Vladimir Putin during the Shanghai Cooperation Organisation Summit in Kyrgyzstan earlier this month.

The visit comes after an invitation was extended to Khan by Russia President Vladimir Putin during the Shanghai Cooperation Organisation Summit in Kyrgyzstan earlier this month.

"Would be delighted if you would come to the Multilateral conference in Russia", Putin had said to Khan during lunch, as the conference was concluding.

The report says, Imran Khan happily accepted the invitation and will visit Russia to attend Eastern Economic Forum as a special guest. The summit will take place in Vladivostok city from September 4 to 6.

The invite is being seen as a new chapter in Pakistan-Russia diplomatic relations.

Prime Minister Narendra Modi has already been invited for the EEF meet in Vladivostok. Russian President Vladimir Putin had extended the invite during his conversation with PM Modi on January 1 and reiterated his invited in February again.

During the SCO summit, the Imran Khan and Putin engaged in an informal conversation on many occasions. Both leaders were also seen standing next to each other during the photo sessions.

Meanwhile, in June following the SCO summit, in an interview with Russian government-owned news agency Sputnik, Imran Khan had said that he hopes to come to Russia for an official visit. He had also said that "it was important that the two countries move closer."

Prime Minister Narendra Modi is also expected to attend the Eastern Economic Forum. If PM Modi attends the meeting then it will be the second time both leaders, PM Modi and his Pakistani counterpart will be under the same roof since the Pulwama terror attack.