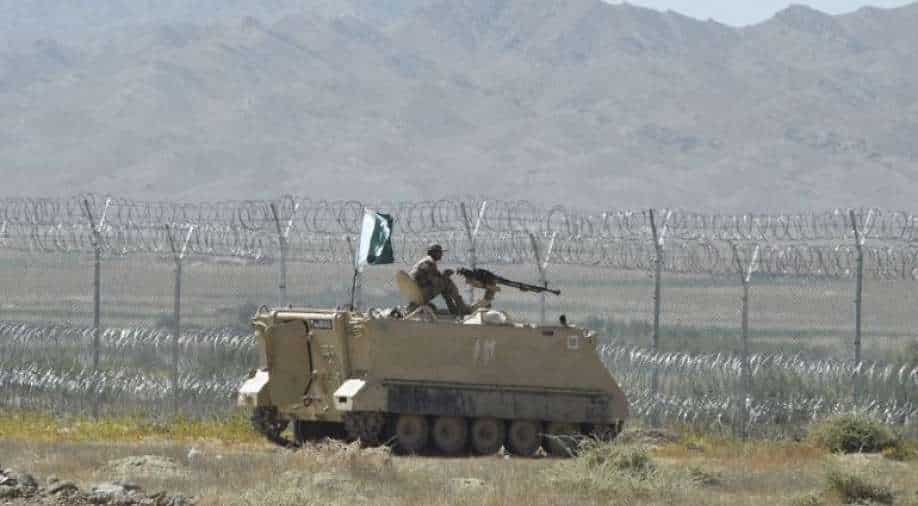 Afghan forces are engaged in fierce fighting with the Taliban in many parts of the country. Taliban has captured tanks and weapons as it continues to run over districts, bases and government held positions

While Washington continues troop withdrawal from Afghanistan, lawmakers in US have demanded answers from the Biden administration on its evacuation plan concerning 18,000 Afghans and their families who had supported the US-led war on terror.

This comes amid reports that Pakistan is supporting the Taliban amass tanks and weapons across the border.

Acting Interior Minister of Afghanistan, Gen Abdul Sattar Mirzakwal, has exposed the Pakistani role. Gen Mirzakwal said, "There is also information that the Taliban take some [military] tanks to Pakistan through Zabul province [in southern Afghanistan]. The National Security Council and the Commander in Chief have ordered permanent patrols to target any tank that is tried to be taken to Pakistan.”

His comments were echoed by other senior officials of the Afghan security establishment who claim to have seen proof of Pakistani involvement. Head of the independent directorate of local governance Shamim Khan Katawazai claimed, "They [Taliban] have taken military equipment owned by security forces across the Durand line. There are evidence and footage about this. Pakistani soldiers have clicked photos with them.”

The alarm raised by Afghan security establishment comes at a time when Afghan forces are engaged in fierce fighting with the Taliban in many parts of the country. The militant group has captured tanks and weapons as it continues to run over districts, bases and government held positions.

The reports coming out of Afghanistan are alarming. They follow a US intelligence report, which warned that the government in Kabul could fall to the Taliban in six months following the US troop withdrawal.

While the Biden administration has committed to a complete US troop withdrawal by September 11 this year, there is no concrete plan yet to evacuate the 18,000 Afghans who have applied for a Special Immigration Visa (SIV). These are drivers, navigators and interpreters who helped American troops in the war on terror. Lawmakers are demanding answers from Biden on how his government plans to evacuate these Afghans and 53,000 family members.

Biden last week said Afghans who helped American troops won't be left behind, but US lawmakers are demanding a concrete evacuation plan. Some have even suggested Guam as a possible destination for these Afghans.

The process of evacuation of 70,000+ people will take time, but with only 75 days left to the September 11 deadline, time is a luxury these Afghans don't have.

Senator Angus King warned, "The Taliban has made no secret of the fact that they [Afghans who helped US troops] are in grave danger. They have already started killing them. If we leave without providing for the safety of those people, providing them a way to maintain their lives, it will be a stain on this country that will exist for generations."

Chris Purdy from Veterans for American Ideals at Human Rights first asked Biden, "Why did you wait so long? Why wasn't this part of the plan for the withdrawal? That's just a question that weighs on a lot of us in this community. We’ve been saying this for the last four months."