Pakistan has spent billions of rupees on JuD, admits its minister 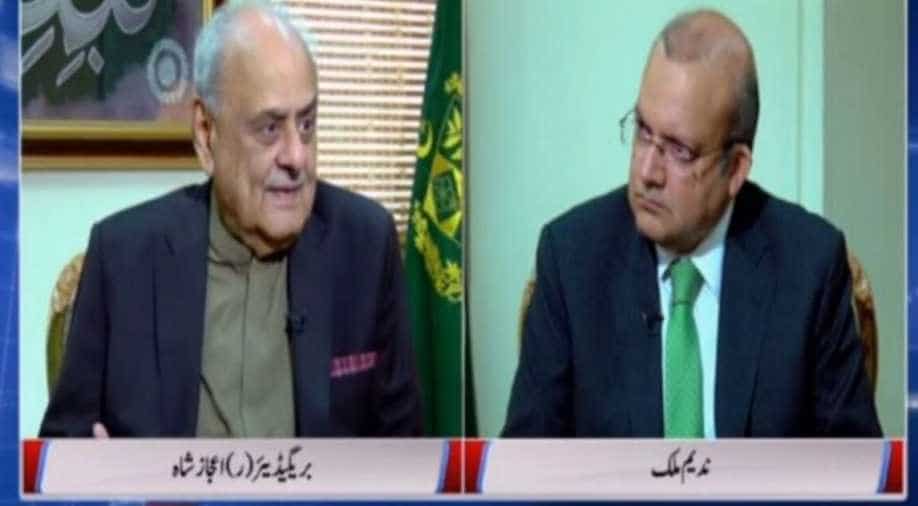 Brig (R) Ijaz Ahmed Shah said that the Imran Khan government has spent billions of Rupees on the terror outfit to attach them to the mainstream.

Brig (R) Ijaz Ahmed Shah said that the Imran Khan government has spent billions of Rupees on the terror outfit to attach them to the mainstream.

Speaking to journalist Nadeem Malik, during a talk show aired on a Pakistani private news channel Hum News, the minister said, "We have spent millions of rupees on JuD. We need to demotivate the members of the proscribed organisation and bring them down to the mainstream."

Earlier, during his maiden visit to the United States in July, Pakistan Prime Minister Imran Khan had made a similar revelation that his country still has about 30,000 to 40,000 militants "who have been trained and fought in some part of Afghanistan or Kashmir."

Minister Shah's comments seem to be a face-saving measure ahead of the upcoming meeting of the Paris-based Financial Action Task Force (FATF) in October.

The watchdog is expected to submit its final evaluation report on Islamabad's action plan to curb terror financing next month.

Last month, the FATF's regional affiliate Asia-Pacific Group (APG) had put Pakistan in the enhanced expedited follow-up list, a category reserved for countries having major deficiencies in their anti-money-laundering and counter-financing of terrorism framework and implementation.

In another major embarrassing admission during the talk show, the minister also stated that Islamabad has failed to get support from the international community over its stand on the Kashmir issue.

Shah, in his remarks, blamed Pakistan "ruling elite" including Khan for "destroying" the image of the country, a day after Pakistan Foreign Minister Shah Mahmood Qureshi, during the 42nd UNHRC session in Geneva, claimed that India has transformed Jammu and Kashmir into the largest "caged prison in this planet" after the abrogation of Article 370 and that the human rights were being "trampled with impunity" there.