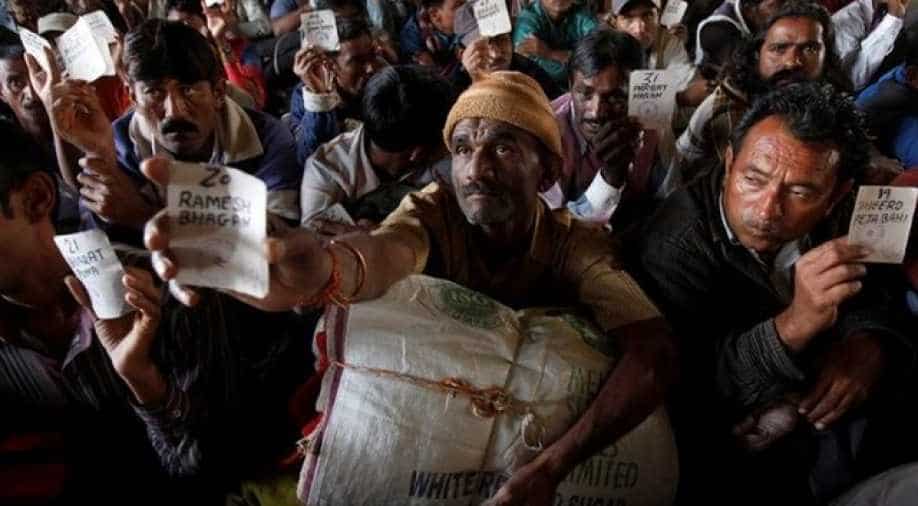 Fishermen from India sit with their belongings as they hold a slip with their name and number, after they were released from a prison. Photograph:( Reuters )

Pakistan freed 220 Indian fishermen on Sunday in a bid to ease the recent tensions between the two south Asian countries.

The fishermen will cross the border on Monday, Pakistan said.

Indian and Pakistani fishermen are frequently detained for illegal fishing since the Arabian Sea border is not clearly defined and many boats lack the technology to fix their precise location.

The fishermen often languish in jail, even after serving their terms, as poor diplomatic ties between the two neighbours mean fulfilling bureaucratic requirements can take a long time.

There have since been repeated outbreaks of cross-border firing, with both sides reporting deaths and injuries.

Kashmir has been divided between India and Pakistan since the end of British colonial rule in 1947. Both claim the Himalayan territory in full and have fought two wars over the mountainous region.

Relations between the two nations have plummeted since a deadly attack on an Indian army base in the disputed region of Kashmir in September, which New Delhi blamed on Pakistan-based Islamist group Jaish-e-Mohammed.