Pakistan: Chilli cultivation in Sindh takes a hit due to climate change 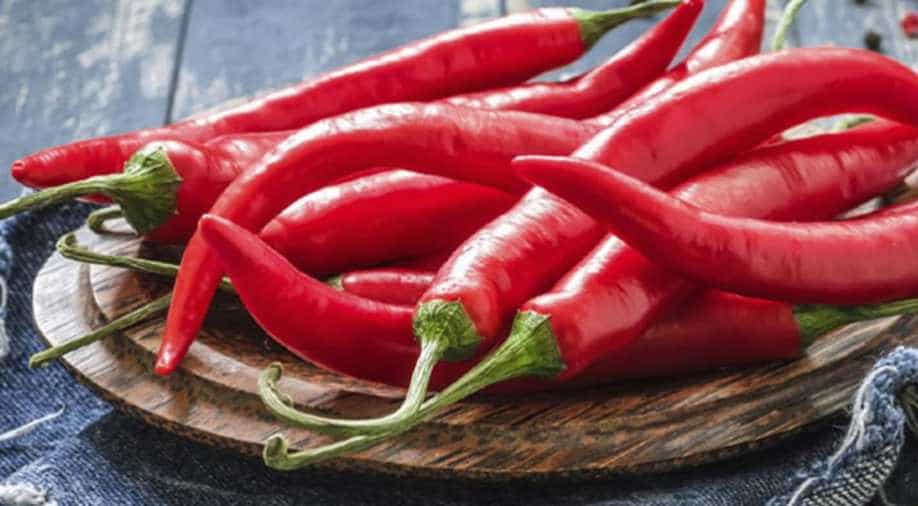 Last year, the production of chillies fell by 40 per cent in Pakistan due to climate change.

It is not unusual to see farms growing red chillies in Sindh, Pakistan - it is the region's biggest crop.

Of tons of chillies that Pakistan produces, Sindh accounts for 85 per cent. The Kunri region in Sindh is the famed red chilli capital of Asia.

Last year, the production of chillies fell by 40 per cent in Pakistan due to climate change.

Heatwaves and warmer climatic conditions had an adverse impact on red chilli crops in the country.

Chillies are a mainstay of Pakistan's economy and less production translates into big losses for the region and the country.

Pakistan produces over 120,000 tonnes of chillies which roughly accounts for 5 per cent of global production.

The country ranks third in the Asian belt after India and China and stands as the world's fourth-largest producer.

Chillies contribute 1.5 per cent to Pakistan's GDP. Faced with a grim situation, chilli farmers in Pakistan are staring at a bleak future.

If the heat spell and drier conditions continue, it will only spell bad news for the chilli market in Pakistan. Lesser output translates into higher prices for the crop and nobody is willing to import expensive chillies. Unsold stock will only add to farmers' woes and burden the economy which is already in the doldrums.

Meanwhile, it is found that climate change is spurring growth of green cover in the Arctic as warmer temperatures create a conducive environment for foliage to thrive.