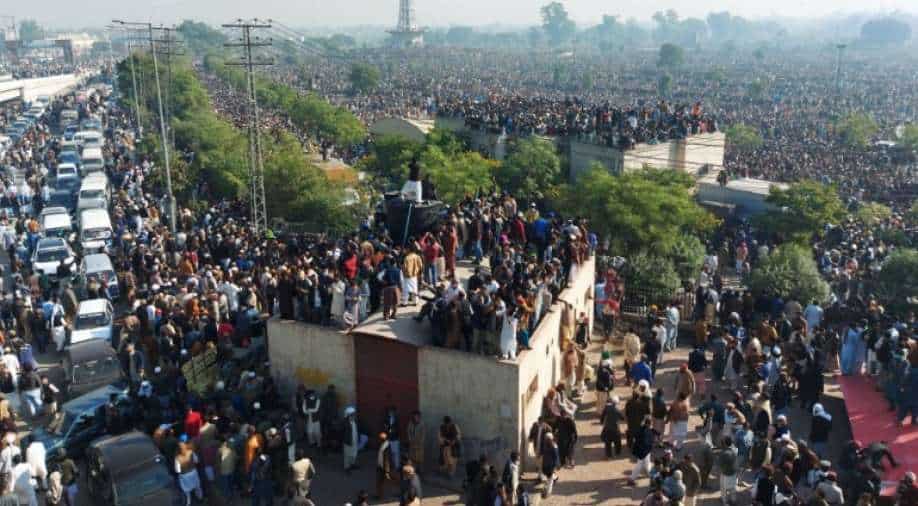 The cleric is the same who for years terrorised nation's religious minority groups, called for the destruction of European countries and instigated several riots

Tens of thousands of people in Pakistan gathered in Lahore to mourn the death of hardline Pakistani cleric Khadim Hussain Rizvi.

The cleric is the same who for years terrorised nation's religious minority groups, called for the destruction of European countries and instigated several riots, thereby becoming a leader to be feared across the country.

Pakistan, where the threat of a second wave of coronavirus pandemic looms, saw several people in Lahore without masks and violating social distancing measures as they throng for Rizvi's funeral.

The 54-year-old cleric died on Thursday and his cause of death was not disclosed.

No coronavirus test or autopsy was also conducted to determine the cause of death.

Rizvi was a figure of Pakistan's orthodox religious right and was adept in raising religious resentments and bringing thousands of his fanatical supporters promptly.

The cleric was also responsible for causing violence over the controversial blasphemy and encouraging extremism and radicalism in Punjab.

The protests ended after he claimed to have forced the government to send back the French ambassador.

Despite his divisive ideology, Pakistani military regarded him a "great scholar" and PM Imran Khan rushed to pay tributes.