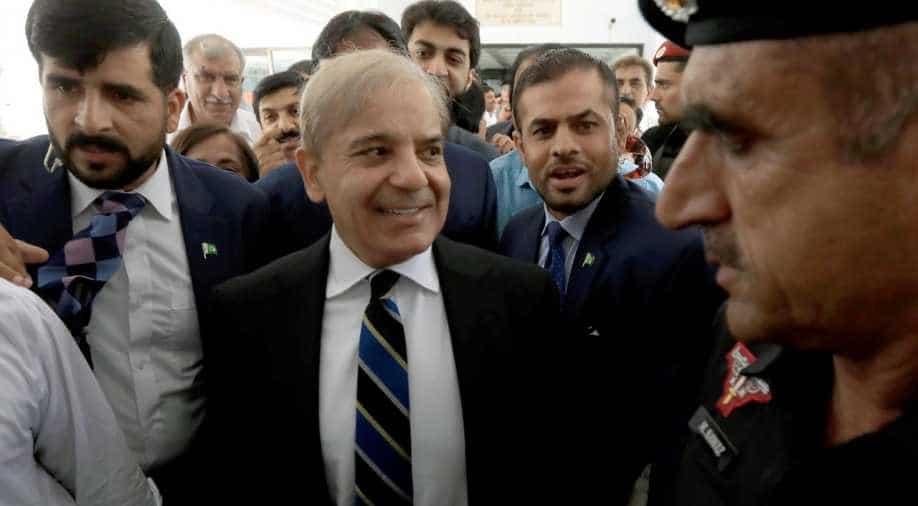 Leader of the Opposition in the Pakistan National Assembly Shehbaz Sharif Photograph:( Reuters )

Shahbaz Sharif -- who heads the opposition in the country's National Assembly -- was arrested in Lahore after the eastern city's high court rejected a bail plea in a money-laundering case.

Shehbaz was taken into custody from the court's premises.

To this end, PML-N vice president Maryam Nawaz, said in a tweet: "Make no mistake. Shehbaz Sharif has been arrested ONLY because he REFUSED to play in the hands of those who wanted to use him against his brother. He preferred standing behind prison bars than to stand against his brother."

Shehbaz is the younger brother of former premier Nawaz Sharif. He served as chief minister of Punjab from 2008 to 2018.

Advisor to the Prime Minister on Interior and Accountability Shahzad Akbar on Wednesday said that Shehbaz and his sons Hamza and Salman were involved in money laundering through fake accounts, but he always pretended to have nothing to do with their businesses, the Dawn newspaper had reported.

About Rs 9.5 billion was laundered through fake companies and Ramazan Sugar Mills whose employees’ salaries were in thousands of rupees but billions went through their bank accounts, he said.

Akbar said that Shahbaz should explain the organised money laundering network that was run by his children between 2008 and 2018.