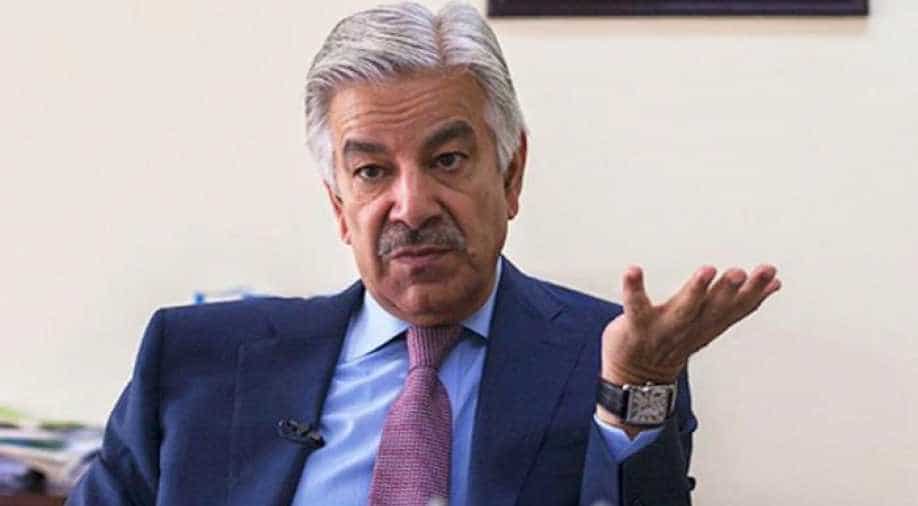 Asif, a staunch ally of ousted prime minister and PML-N founder Nawaz Sharif, was disqualified from parliament by a lower court in April

Former Pakistani foreign minister Khawaja Asif will be allowed to contest a July 25 general election after the Supreme Court on Friday overturned his disqualification from politics, in a boost to the ruling Pakistan Muslim League-Nawaz (PML-N) party.

Asif, a staunch ally of ousted prime minister and PML-N founder Nawaz Sharif, was disqualified from parliament by a lower court in April as he was deemed not "honest" under a constitutional provision also used to oust Sharif.

Asif was removed for not declaring his employment and a source income from a United Arab Emirates (UAE) company, but the top court overturned the earlier ruling, which carried a lifetime ban from politics.

"God has granted mercy on a sinner like me, there is no count of God’s blessings. I am thankful to the judiciary," Khawaja Asif tweeted shortly after the verdict was announced.

Munir Malik, a senior member of Asif's counsel, told the English-language Dawn newspaper that Asif "can contest the upcoming election" after the ruling.

Asif, one of Pakistan's most prominent politicians, is part of Sharif's inner circle and one of the most senior figures in the ruling part.

He earlier headed the defence and power ministries and was foreign minister until the court disqualified him.

The Supreme Court's decision will have come as a surprise to many PML-N figures who have criticised the judiciary for bringing about a slew of cases against party officials and alleged bias from judges.

The judiciary and in particular the chief justice, Saqib Nisar, who has embraced an activist role in politics and the running of government, deny favouring any party.