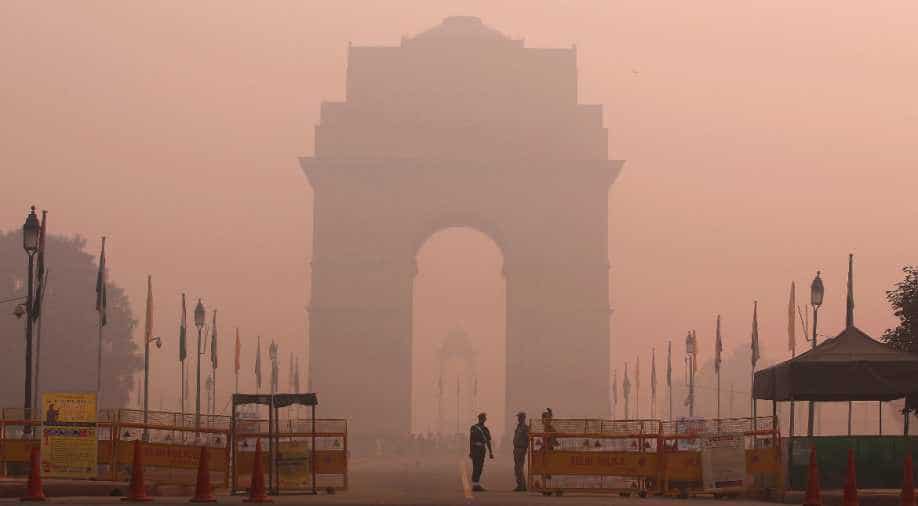 File photo of Low visibility in Delhi. Photograph:( Others )

North India woke up Wednesday to its first foggy morning of the season with the poor visibility leading to the cancellation of flights and trains.

PTI reported that 50 north-bound trains and 18 planes were delayed.

Apart from Delhi, fog, low visibility, and a considerable drop in temperature were also reported from the north Indian states of Punjab, Haryana, and Uttar Pradesh.

"This is the season's first fog cover...The skies are expected to remain clear during the day and the maximum temperature is expected to hover around 28 degrees Celsius," PTI reported an official as saying of Delhi's weather.

Meanwhile, Delhi continued to be hit by pollution with reports saying PM (particulate matter) 2.5 and 10 were still at 'severe' levels.