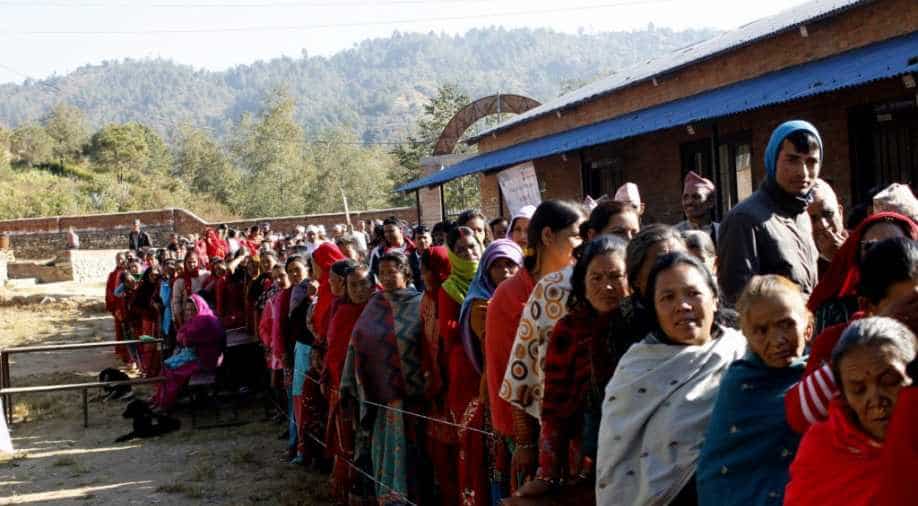 It will be the second time that local level elections would be held since the adoption of the new constitution in September 2015. Photograph:( Agencies )

For a long time, local level polls, as mandated by the Consitution, remained in limbo as major political parties were seeking more time for preparations.

The leaders of the ruling alliance on Tuesday agreed to hold local elections in April and May, as proposed by the country’s Election Commission.

A meeting was convened by the ruling five-party alliance led by Nepali Congress leader Ram Chandra Paudel at the prime minister’s residence in Baluwatar to decide on the fate of elections.

Government spokesperson and Minister for Communication and Information Technology Gyanendra Bahadur Karki, who is also a member of the committee, said the elections will be held on time.

“The discussion was focused on holding the local election on time. The election will be held as per the provision in the Constitution. We have been consulting with the Election Commission,” Karki said.

Underlining the government’s commitment to strengthen federalism, he said, “The government is serious about making federalism stronger and provide effective service to the people through the local government by holding elections on time as mandated by the Constitution.”

For a long time, local level polls, as proposed by Election Commission, remained in limbo as major political parties were seeking more time for preparations.

The Election Commission set the date for local polls on April 27, if it were to be held in a single phase. And April 27 and May 5, if it is held in two phases.

The main opposition CPN-UML is pressing for holding local elections on the commission-proposed date, while the ruling coalition partners the CPN (Maoist Centre) and the CPN (Unified Socialist) wanted to delay it.

It will be the second time that local level elections would be held since the adoption of the new constitution in September 2015.