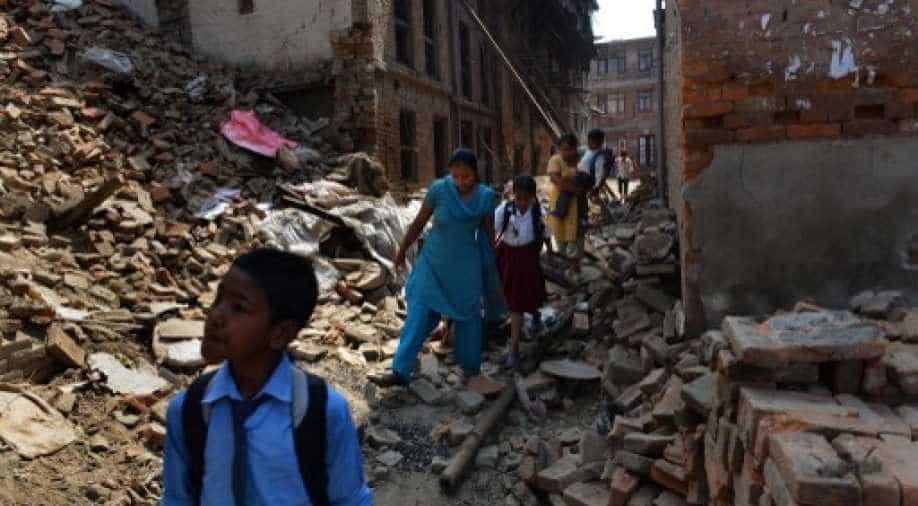 Follow Us
Nepal is selling thousands of tonnes of rice donated by China and Bangladesh to help earthquake victims, an official said, despite aid agencies warning that survivors remain at risk of food shortages.

Nearly 9,000 lost their lives when a 7.8-magnitude earthquake ripped through the Himalayan nation in April 2015, destroying more than half a million homes and leaving thousands without food or shelter.

Initial estimates by the World Food Programme (WFP) said that about 1.4 million were in urgent need of emergency food supplies, prompting governments to spring into action to help the desperately poor country.

According to the state-run Nepal Food Corporation (NFC), Dhaka and Beijing donated about 11,200 metric tonnes of rice, only 20 per cent of which was distributed by the government to quake victims.

"The remaining rice has been sitting in our godown (warehouse) for 10 months and now that Bangladesh has donated even more rice to us, we don't have enough space to store it all," said Pawan Kumar Karki, NFC spokesman.

"So we started selling the rice last month and will deposit the proceeds in a fund operated by the government," Karki said.

No further details about the fund were available.

Yet more than a year later, disaster victims continue to be at risk of food shortages, aid officials said.

"We were distributing rice, lentils and other supplies right until February. While there have been improvements, there are still pockets of food insecurity among households headed by single mothers or belonging to marginalised communities," said a WFP spokeswoman.

The NFC's Karki said that authorities also plan to dispatch 3,400 metric tonnes of donated rice to the remote Karnali region following last year's poor monsoons and a prolonged winter drought, but no supplies had been sent yet.

With an estimated four million people still living in temporary shelters, Nepal has asked for $8.4 billion in aid to help rebuild the country.

But delays in formulating a reconstruction plan mean Kathmandu has received just $1.6 billion so far, about 40 per cent of the $4.1 billion pledged by international donors.

Stung by criticism, the government has vowed to kickstart the rebuilding of schools and hospitals and speed up the distribution of a $2,000 payout to homeless households.

So far, some 24,000 families have received the first $500 instalment of the promised payout, fewer than five per cent of those left homeless by the disaster.