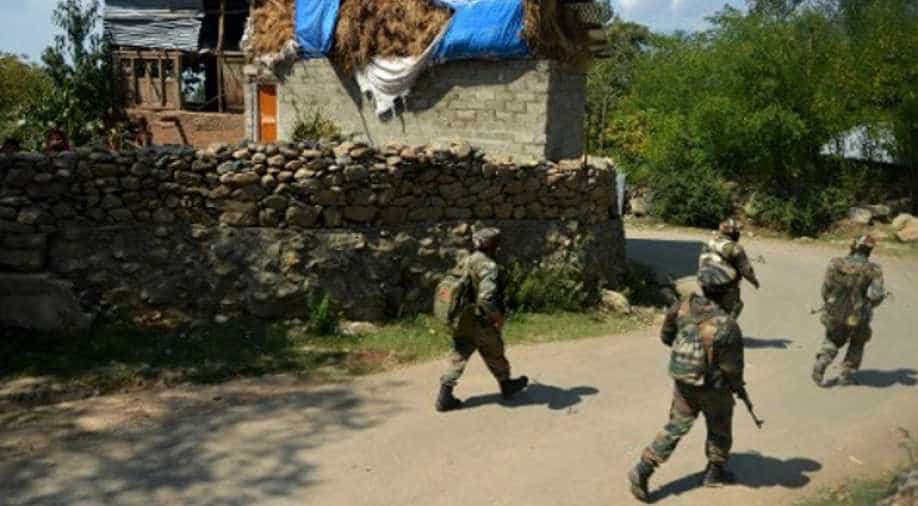 Both wives had newborns with them. Photograph:( AFP )

The wives of two Indian army officers reportedly fended off the militants who attacked the army camp in Nagrota Tuesday with "household items".

At some point, the militants tried to enter the family quarters. Which is when they came up against the two wives.

PTI reported that the two wives blocked the militants' entry, using the household items at their disposal.

"The wives of the two army officers, who were on night duty when the encounter broke out, displayed exemplary courage as they blocked the entry of their quarters with all the household items, making it difficult for the militants to break into the houses," an army officer privy to the attack told PTI.

He added that had the wives -- both of whom had newborns with them -- not kept the militants out, the Army would have been left to deal with a difficult hostage situation.

The militants were however able to get into other buildings housing soldiers and their families.

"The militants entered two buildings which were occupied by officers, families, and men. This led to a hostage-like situation. The situation was very quickly contained and thereafter, in a deliberate operation all were successfully rescued, which included 12 soldiers, two women and two babies," PTI reported defence spokesman Lt Col Manish Mehta as saying.

He added that one officer and two soldiers lost their lives in the rescue.

A total of five soldiers and two officers were killed in the attack.

Col Mehta said yesterday that the bodies of three militants had been recovered and that combing operations were in progress.

Combing operations, which were shut down for the night, were restarted at first light Wednesday morning.