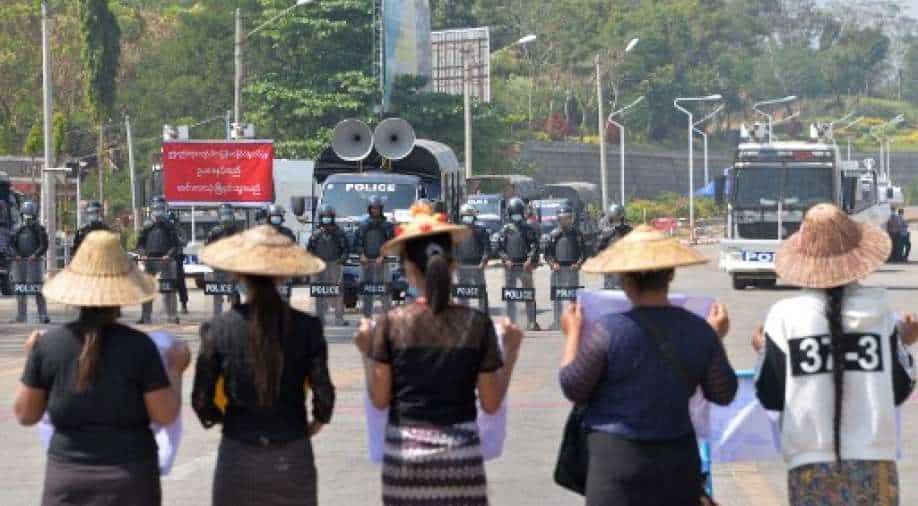 At least two protesters were injured in a fresh shooting in Myanmar.

The shooting comes as thousands of demonstrators gathered on the streets of Yangon on Saturday to mourn the death of the protester who lost her life yesterday and continued their demand from the military to end the coup.

Mya Thwate Thwate Khaing, a 20-year-old died on Friday as she succumbed to the gunshot on her head during a protest in Myanmar's capital last week.

Mya Thwate has become a symbol of resistance to the movement and people were seeing carrying her photographs and even waived a huge banner of artwork from a bridge to illustrate the moment she was attacked, news agency AFP reported.

"Please all join this protest movement to be more successful. That's all I want to say," her sister Poh Poh told reporters after she was declared dead.

Thousands of protesters assembled at the main junctions of Yangon, lit candles and laid roses by a banner with her picture.

"I feel that the bullet that hit Mya Thwate Thwate Khaing's head has also hit our heads," said Win Zaw, a protester.

In Naypyitaw on Saturday, mourners observed a minute of silence in remembrance of the deceased protesters and were seen carrying her portrait.

US calls for reversing action

Meanwhile, the United States has asked the Myanmar military to refrain from violence against "peaceful protesters," with the State Department asking the military regime to "reverse its actions".

"We reiterate our calls on the Burmese military to refrain from violence against peaceful protesters," spokesman Ned Price on Friday said.

"We will work with partners and allies to press the Burmese military to reverse its actions."