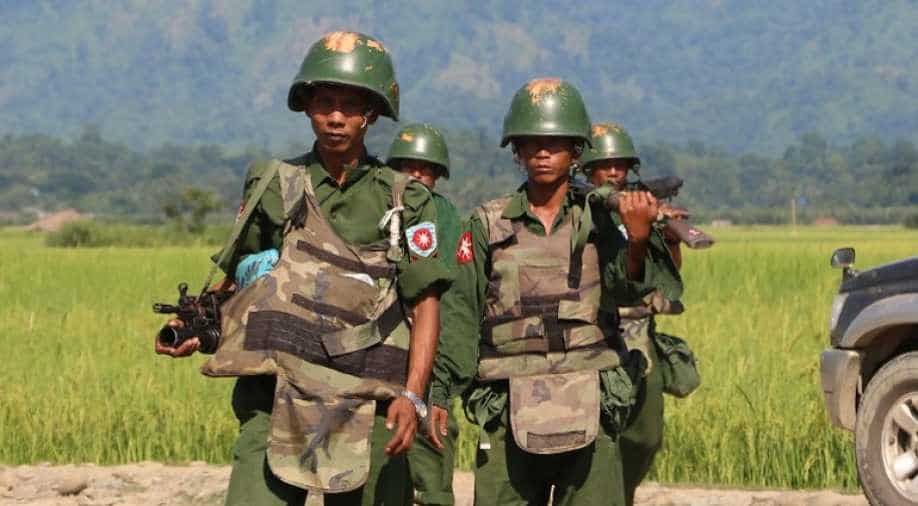 'Myanmar has an investigative committee looking at this and they (the ICC) should respect what we are doing," he said, adding that the "ICC's interference harms the dignity' of Myanmar and its military

Fatou Bensouda launched a preliminary probe in September into the 2017 crackdown by Myanmar's military that forced some 740,000 Rohingya over the border into Bangladesh with accounts of rape, mass killings and razing of villages.

On Wednesday she said she would take the issue to the next stage by submitting a request to ICC judges to open a full investigation.

It is not clear when that decision would be made.

Myanmar has not signed up to the ICC, but the court ruled in September it has jurisdiction over alleged atrocities because Bangladesh, where the Rohingya are now refugees, is a member.

Myanmar had rejected the ruling in September in a typically defiant manner, a position a military spokesman reiterated Thursday.

"The military and government have not neglected the issue and have been trying to take action against those who committed abuses," Myanmar military spokesman Brigadier General Zaw Min Htun told AFP Thursday.

"Myanmar has an investigative committee looking at this and they (the ICC) should respect what we are doing," he said, adding that the "ICC's interference harms the dignity" of Myanmar and its military.

The government and army have acknowledged virtually no wrongdoing related to the "clearance operations" they justified as a means of rooting out Rohingya insurgents in western Rakhine state.

Seven soldiers jailed for their role in the killing of 10 Rohingya were freed despite serving less time than two Reuters reporters imprisoned for exposing the massacre.

"The military has proven itself wholly unwilling and incapable of providing justice for crimes under international law perpetrated against Rohingyas," he said.

UN investigators have separately called for the prosecution of top Myanmar generals for "genocide".