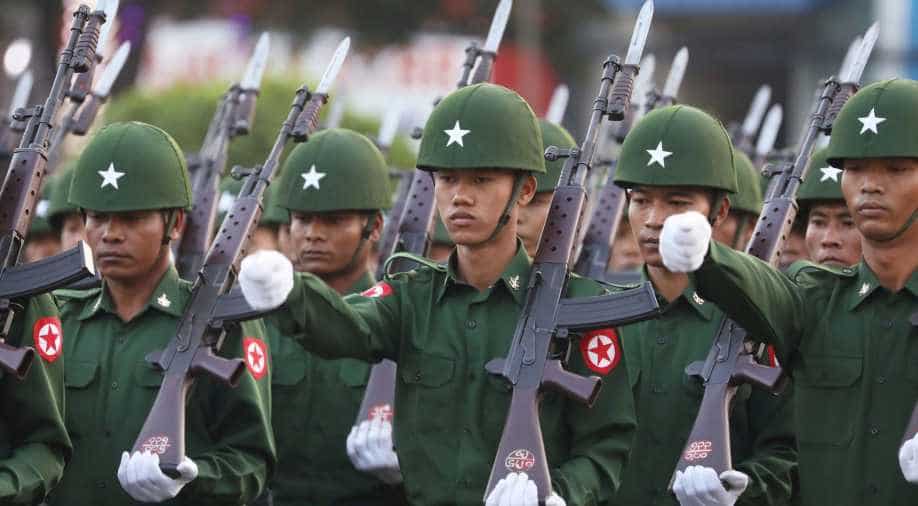 The generals of the Myanmar army, who were defended by the nobel laureate Aung San Suu Kyi, have conceded that its troops abused prisoners in the Rakhine state.

Suu Kyi, who is also the State Counsellor of Myanmar, had fought a case of genocide in support of the Myanmar army at the International Court of Justice last year in December.

However, the Myanmar army had denied all charges of state violence against insurgents at that time.

In a shocking video that emerged this Sunday, the army is seen making a rare admission of its crimes.

The soldiers of the Myanmar military have been filmed assaulting and threating to kill suspected insurgents in the video that went viral.

Military men have been captured mercilessly stamping on their chests and kicking their faces even though the suspects whimpered and pleaded that they were civilians.

The video was shared by thousands of people online, and has outraged even those who defend the Myanmar army.

Experts claimed that this video may have given a rare window into the operations of the Myanmar army which is routinely accused of abuses.

However, Myanmar has denied the allegations by claiming that the video was shot on April 27, in the Rakhine state's Ponnagyun township and the victims that are seen in the video had been arrested on the suspicion of belonging to the Arakan army, an insurgent group.

According to Zaw Min Tun, a brigadier-general in the Myanmar army, a tribunal has been set up and the soldiers have been detained.

Interestingly, thousands of such soldiers are still fighting insurgents across Myanmar and their tactics along with the identities of most of their enemies remains unknown