More than 20,000 citizens abandon their homes every month in Afghanistan: UN 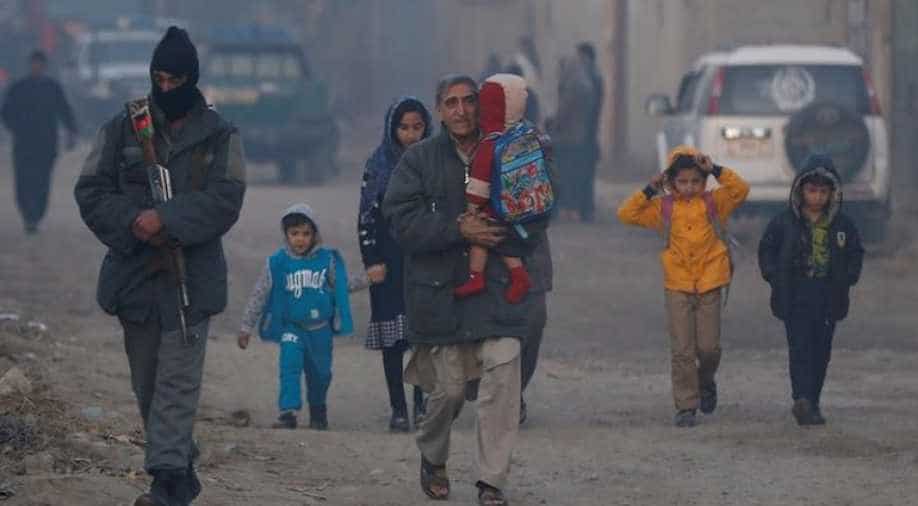 Every single day, an average of 700 persons leave their homes to flee a conflict which has never stopped. Photograph:( Reuters )

Nearly 90,000 individuals have fled their villages and houses in 2017 amid violence escalation in Afghanistan ||The conflict in Afghanistan has taken the shape of a never-ending circle ? the Taliban attack in spring, coalition and Afghan regular forces react, civilians flee and die; repeat

The United Nations Office for the Coordination of Humanitarian Affairs (OCHA) stated in the last "Afghanistan weekly field report" that since the beginning of 2017, as many as 88,481 individuals have abandoned their homes and are now internally displaced.

Making a rough calculation it means more than 20,000 souls a month. Every single day, an average of 700 persons leave their homes, villages, field to flee a conflict which has never stopped.

The last year, 2016, did not deliver a better picture. According to the UN, more than 660,000 people fled their homes. It is the highest number ever being recorded.

The "repetition" of events risks also to perilously flatten the whole narrative of a country where new generations would like to be free to imagine a "normal" future without conflict.

The most recent events make this "Afghan déjà vu" even stronger. The US is considering sending up to 3,000 troops into the country and has requested NATO allies to take part in this new deployment.

"We are now assessing that request. We will make decisions on the scale and scope of the mission within weeks but this is not about returning back to a combat operation in Afghanistan," NATO secretary general Jens Stoltenberg told reporters outside 10 Downing street today after meeting British Prime Minister Theresa May.

Appearing before the Senate Armed Services Committee, the commander of the US Forces in Afghanistan (USFOR-A), General John Nicholson was very clear in defining the military situation as a "stalemate".

He also confirmed that the Taliban now control 15 per cent more territory than they did the last year, placing the percentage of land under their grip close to 40 per cent.

This is far from being a victory, especially given the fact that according to the democrat US senator Elizabeth Warren, her country is currently spending USD 13 million a day to keep up their operations in Afghanistan.

The Taliban recently declared the beginning of their spring offensive, which is turning out to be quite successful. Afghan National Defense and Security Forces (ANDSF) are fighting on the very frontline, but they are reportedly suffering heavy losses. According to a US report published by the Special Inspector General for Afghanistan Reconstruction (SIGAR), in the first two months of 2017, they lost 807 men.

Since a few days, the Afghan military is leading a tough offensive to push back the Taliban forces from a road leading to the northern city of Kunduz. The last week the Taliban won and took control of the  Qala-i-Zal district, on the border with Tajikistan.

War is expensive also for the Taliban, but their coffers remain quite full due to the significant opium production on which they still comfortably rely. The Afghan ministry of counter narcotics estimated that in 2016 the country's opium production increased by 43 per cent; a growing yield per hectare is the main driving force of this growth. The majority of the cultivations are located in the southern provinces of Helmand and Kandahar, where the Taliban presence is traditionally strong.

US President Donald Trump is expected to soon take a decision regarding an eventual new deployment of US troops soon and given the escalation, he does not seem to have many options before him. Trump could soon be forced to pump more resources into the very same war he has many times criticised by defining it a waste of money.