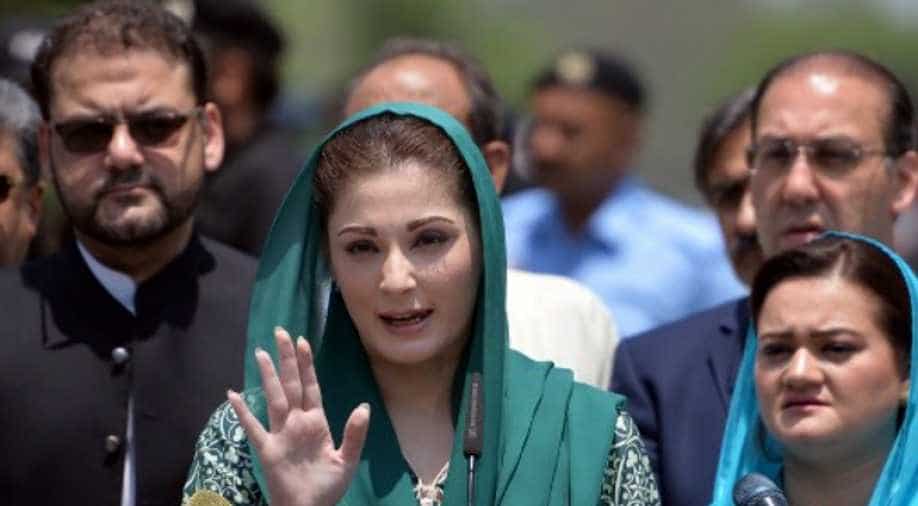 A report in 2014 called Pakistan one of the world's most dangerous countries for minorities. Six years later the story has not changed

PM Imran Khan promised "Naya Pakisan". The country observed National Minorities Day today. It's a country where the minority population has steadily shrunk and where all minorities face discrimination.

A report in 2014 called Pakistan one of the world's most dangerous countries for minorities. Six years later the story has not changed, if anything, it has become worse. It's not just religious minorities now, political minorities also face attacks.

A case in point being Maryam Nawaz, the daughter of former prime minister Nawaz Sharif. Maryam Nawaz was attacked today by the police. The police in Pakistan threw stones at the car of an opposition leader in Lahore.

There were clashes between the supporters of Maryam Nawaz and the police. The incident took place outside the office of Pakistan’s National Accountability Bureau(NAB).

Maryam Nawaz had gone there for a hearing in a corruption case after the clashes the hearing had to be postponed. The drama that played out in Lahore today is political in nature. Maryam Nawaz is the presumptive heir of her father’s party the Pakistan Muslim League(N) which is a party that was in power before Imran Khan became prime minister.

Former prime minister Nawaz Sharif and his daughter were convicted in a graft case. Sharif was released on bail last year and sent to London. However, his daughter is still in Pakistan fighting a legal and political battle. Now, Maryam Nawaz is being accused of grabbing 200 acres of government land. Another leader from her party Rana Sanaullah was arrested too. He was accused of carrying 15 kilograms of heroin.

Shehbaz Sharif, brother of Nawaz Sharif said the charges were fake, almost a year later the case has gone nowhere. Rana Sanaullah was released on bail a few months after his arrest. The opposition in Pakistan is a divided lot but there is one thread that binds them together - Imran Khan.

Last year, Maryam Nawaz faced a media ban. First, one of her press conferences was taken off air. Later, an interview met a similar fate. Former president Asif Ali Zardari was censored and jailed too. He was given bail in December last year. In April, the Human Rights Commission of Pakistan released a damning report. It said that under Imran Khan all critical voices were being muzzled. There is systematic suppression of political dissent.

The report said that the Pakistani government decided to "put a squeeze on independent and critical voices" with premier newspapers and TV channels like the Dawn newspaper and Geo news targeted in an effort to deny voices of opposition space in mainstream media.

Government advertising which is critical for the survival of these organisations was denied to those outlets that didn't toe the official line. Ultimately they had to shut down. It triggered massive layoffs as thousands of journalists found themselves out of a job.

Imran Khan accuses India of gross human rights violations but in his "Naya Pakistan", the Pakistani prime minister is waging a war on free speech denying minorities the right to life.