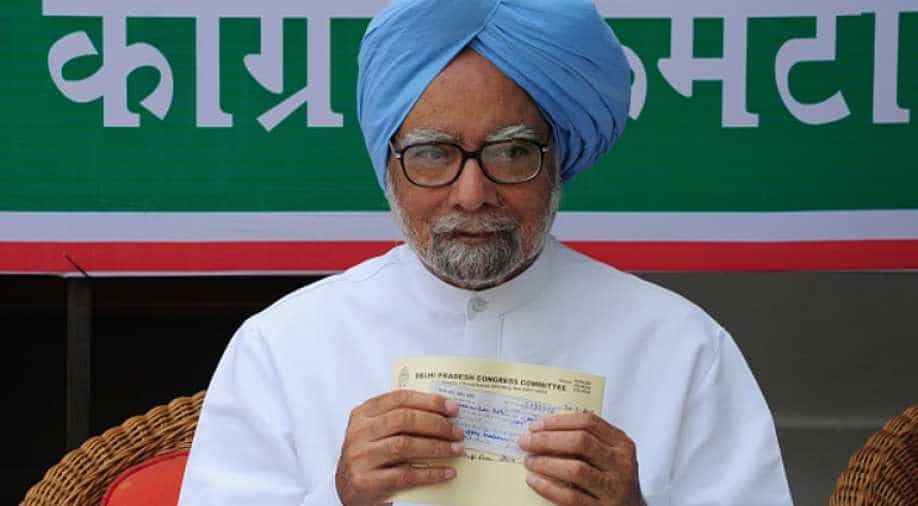 After his speech in the Rajya Sabha on demonetisation, former Prime Minister Manmohan Singh has elaborated on his comments in a column in The Hindu on Friday.

Singh wrote that in the attempt to crack down on black money, the government had made it easier to generate unaccounted wealth with the introduction of a Rs.2,000 note. "This brazen policy measure has neither tackled the stock of black money holistically nor has it stemmed the flow of it," he opined.

In his column, Singh acknowledged the intentions of Prime Minister Narendra Modi's move to crack down on fake currency and black money, calling them "honourable" and deserving of whole-hearted support. However, the former PM derided "the false notion that ‘all cash is black money and all black money is in cash’".

"This is far from reality," he wrote.

Asserting that 90% of the country's workforce still earned their wages in cash, Singh said that "cash is the bedrock of the lives of these people". He added that seeing long lines of poor Indians standing to withdraw money for basic sustenance was "heartbreaking".

Singh wrote that consumer confidence had taken a hit because of the sudden note ban and that this could lead to "severe economic ramifications". "The macroeconomic impact of this decision of the government is likely to be hazardous," he said.

The former PM warned of tough times in the next several months as the "ripple effects" of the demonetization decision would be felt on GDP growth and job creation.

Speech in Rajya Sabha
On Nov 24, in a speech in that Parliament, Singh had termed the roll out of demonetization as "monumental mismanagement" and a case of " organised loot and legalised plunder."

Singh, who was fielded by the Congress to take on the government made an uncharacteristically hard-hitting speech in the Rajya Sabha in the presence of Modi. The economist- politician said the drive will result in a decline of 2% in GDP and went ahead to warn that it could be an "under estimation".

"These measures convinced me that the way the scheme has been implemented, it's a monumental management failure. And, in fact, it is a case of organised loot and legalised plunder. It is not my intention to pick holes what this side or other side does. But I sincerely hope that the PM even in this late hour will help find us practical and pragmatic ways to provide relief to the suffering of the people of this country," a usually reticent Singh said, attacking the Modi dispensation.

Singh claimed agriculture, the unorganised sector and small industries have been hit hard by demonetization and people were losing faith in the currency and banking system.

"My own feeling is that the national income, that is the GDP of the country, can decline by about 2 percentage points as a result of what has been done. This is an under estimate and not an over estimate. Therefore, I feel the Prime Minister must come with some constructive proposal on how we can implement the scheme and at the same time prevent the distrust that has been caused to the common people," Singh said.

The BJP later hit out at the former Prime Minister, saying he "lacks credibility" for such an attack as he himself headed the most "corrupt regime ever". "Manmohan Singh attacking this government for fight against black money lacks credibility. He himself in his 10 years' regime, had not only failed in tackling black money, but is seen as heading the (most) corrupt regime ever in this country. He was responsible for accumulation of black money," BJP General Secretary said on December 4.