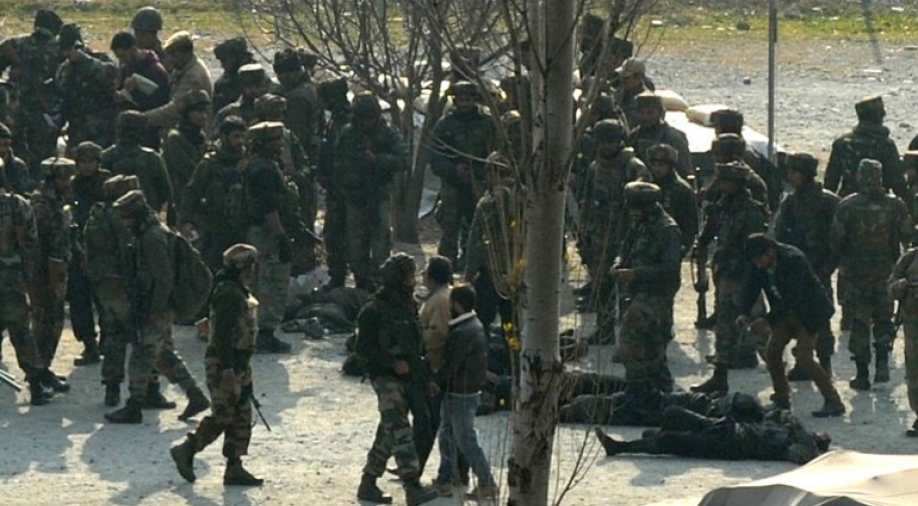 Eighteen soldiers were killed when militants attacked an army base in Uri in September 2016. Photograph:( AFP )

Terror outfit Lashkar-e-Taiba was behind the 2016 attacks in Uri and Handwara in Jammu and Kashmir and not Jaish-e-Muhammad as was previously believed, India's anti-terror agency said.

Investigation reveals that LeT was behind Uri and Handwara(J&K) attacks and not JeM: NIA sources

Nearly three weeks later, three militants engaged in a fierce gunbattle with India troops in Handwara. The gunmen were eventually gunned down by Indian soldiers and a huge cache of arms and ammunition was recovered from them.

But the volte-face in NIA's findings suggest that Hafiz Saeed-led Lashkar-e-Taiba, which has been blamed for several fidayeen attacks including the 2008 Mumbai attacks, were responsible for the attacks in restive Kashmir.

Pakistan-based Lashkar-e-Taiba has routinely attacked India over the years as it attempts to "liberate" Kashmir from India. LeT has been recognised as a terrorist organisation by India, the United States, Russia and the European Union.

Meanwhile, the NIA's initial report believes JeM to be responsible for November's Nagrota attack that claimed the loss of seven Indian soldiers.

Kashmir was a crucible of lethal fidayeen attacks last year, especially after a commander of pro-Kashmir freedom organisation Burhan Wani was killed by Indian security forces in an encounter and India allegedly carried out surgical strikes to neutralise terror camps based in Pakistan.