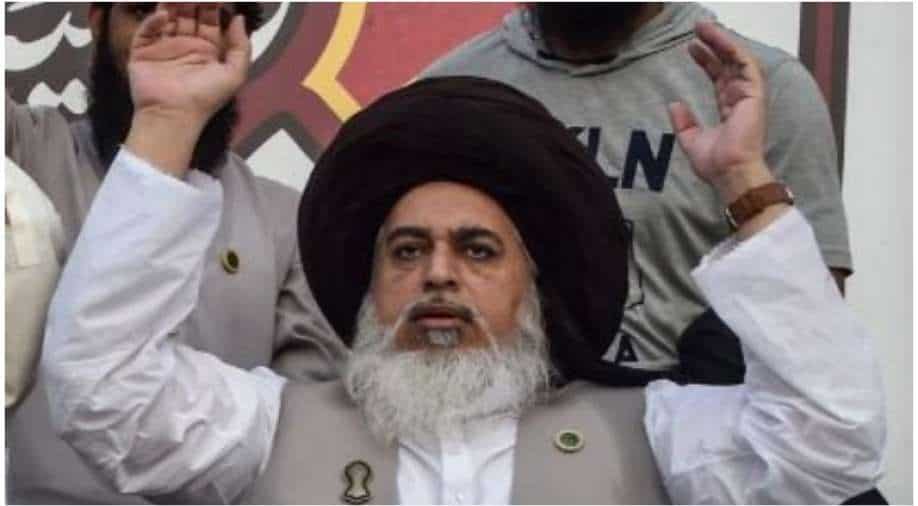 Khadim Hussain Rizvi, head of the Tehreek-e-Labaik Pakistan (TLP), a hardline religious political party, gestures as he leads a protest against the reprinting of satirical sketches of the Prophet Mohammad by French magazine Charlie Hebdo, in Lahore on September 4, 2020 Photograph:( AFP )

The hardliners may have failed to make a dent in the last election, but they do have the power to influence the outcome

Khadim Hussain Rizvi might be dead, but deep-rooted extremism in Pakistan is far from getting any weak.

The hardliners may have failed to make a dent in the last election, but they do have the power to influence the outcome.

Rizvi, was one of the most controversial clerics in Pakistan, and his massive support base helped him become a national figure in a year of launching its own political party.

His Tehreek-e-Labbaik Pakistan (TLP) lost all 566 contested seats in the 2018 election but still managed to win 2.2 million votes, thereby becoming the fifth-largest party by votes.

On 13 seats, the hardliners got enough votes to ensure a loss for one of the main opposition parties: Pakistan Muslim League- Nawaz (PML-N)

It was able to win three seats in the provisional assembly of Sindh in 2018 to project itself as the guardian of Prophet Muhammad's honour.

TLP is not the only extremist party that has come into the mainstream in Pakistan.

Hafiz Saeed, the mastermind of 26/11 Mumbai attacks, also launched his political party Milli Muslim League, and when its registration got rejected, the authorities bent the rules.

Saeed was allowed to field candidates through a dormant political entity, the Allah-u-Akbar Tehreek.

More than 260 candidates contested under this banner, all of them lost but a door was opened for Saeed to enter mainstream politics.

The same loopholes were used to field more hardliners like the members of the Ahle Sunnat Wal Jamaat, a banned anti-Shia sectarian organisation.

Its head Ahmed Ludhianvi was allowed to contest with his assets being unfrozen and travel restrictions removed.

In the 2018 election, religious parties fielded more than 1,500 candidates in Pakistan, a major spike from just a few hundred in 2013.

It is believed that the hardliners were pushed by Pakistan's military to allow radicals to gain political space.

They are yet to find any seat in Pakistan's National Assembly, but they are coming out in streets to influence decisions made in Islamabad.