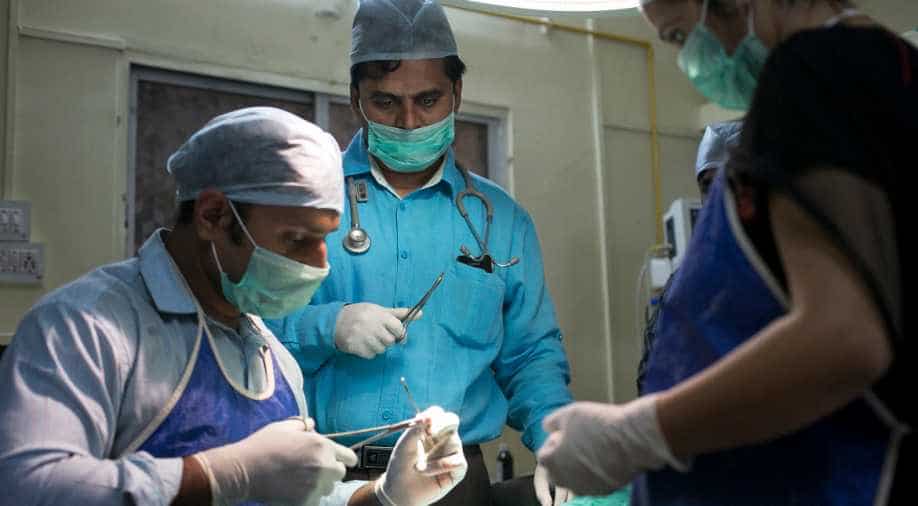 One of the biggest challenges in the field of healthcare policy formulation is lack of sufficient data. Photograph:( Getty )

Minister of State for Health, Anupriya Patel, in a written statement in Parliament on December 9 shared the progress made on various counts in the healthcare sector vis a vis the Millennium Development Goals (MDGs). Upon their announcement at the turn of the millennium, India had responded enthusiastically to the MDGs.

The government has recently turned in a mixed report card. Health and nutrition are two areas where India has fallen short of expectations and this should worry all the stakeholders. As per the latest Lancet report on December 11, 2016, India fares worst amongst the BRICS nations in terms of healthcare.

Here are a few takeaways from the minister’s statement:

One of the biggest challenges in the field of healthcare policy formulation is lack of sufficient data. Data gap, periodicity and coverage issues at sub-state level hamper assessment and monitoring efforts. The current government’s thrust on digital governance should address this issue.

Another major challenge is at the level of implementation of the government initiatives and schemes. The health sector in India is particularly prone to corruption and pilferage which needs to be tackled urgently. For example, the insurance benefits targeting the BPL families in rural areas do not reach the intended beneficiaries due to malpractices. More transparency in operation of such schemes is needed by using technology optimally. The government must also ensure accountability of health services delivery and related institutions.

Attitudinal hindrances are also a big factor resulting in limited implementation due to non-compliance as observed in reproduction and women’s health related schemes. Skewed sex ratio and worrying rate of population growth exemplify this scenario. As observed in the MDG country report, the performance of four states  -- UP, Bihar, MP and Rajasthan - - together contributes to 67 % of MMR in the country. This, along with the child mortality data, should be seen as an indicator of social attitudes in these states towards women’s health right from their day of birth.

In the context of MDG on maternal health, a report of the UN Rapporteur on Health identified that lack of “health work force is a major bottleneck in India.” It holds true largely for all the health initiatives that the government has launched. In a sad paradox, India has not been able to utilise its demographic dividend optimally. Despite the various training and recruitment drives, skilled healthcare personnel are not available in sufficient numbers. The situation is particularly grim in villages where absenteeism, despite government policy on mandatory service of newly qualified doctors in rural areas, has assumed an alarming proportion.

As per the WHO estimates, almost 65% of India’s population is still dependent on traditional medicines for health-related needs as well as sustenance. UNDP has recognised this potential and has been partnering with the government to promote sustainable use and conservation of medicinal plants since 2008. With the formation of AYUSH Ministry in 2014, this potential can be further tapped and regulated. The practice of patenting traditional medication by multinational pharmaceutical companies, thus restricting access, needs to be paid due attention. Further, there needs to be a crackdown on quackery and spurious drug usage.

India’s health policy has been fairly progressive. Fixing the lacunae at the level of implementation and close monitoring are likely to result in a positive healthcare scenario in the country. To achieve the new Sustainable Development Goals (SDGs), India needs to pay attention to the concerns shared above.