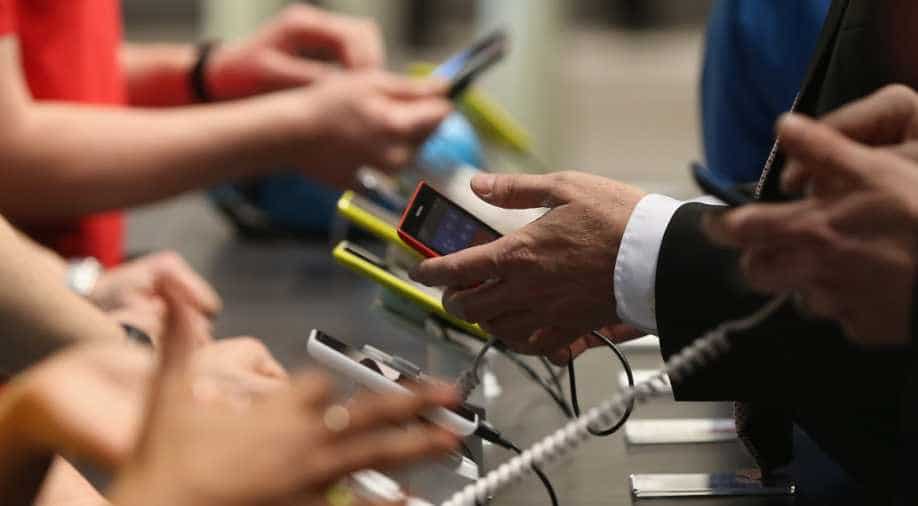 Only one in 10 Indians own a mobile phone creating an enormous potential at the lower end of the market. (Representative image) Photograph:( Reuters )

Follow Us
The Indian makers of a $4 smartphone hope its low price will allow millions of the poorest to own a mobile phone in a market which at present has seen only 10 per cent penetration.

But labour rights campaigners worry that the push to churn out cheap handsets and tablets may lead to greater abuse of workers' rights in India, world's fastest-growing smartphone market.

Ringing Bells' Freedom 251 smartphone, whose launch in February crashed the company's website, is priced at Rs251.

On Thursday, the company's chief executive Mohit Goel said the first shipment of about 200,000 handsets was due next week.

Ringing Bells pays fair wages to its workers and its pricier models will help offset the cost of the $4 phone, he added.

"Our vision is to make mobile phones more affordable to the millions of poor Indians who do not own one," Goel told Reuters.

India sold 103 million handsets last year, an increase of 29 per cent on the previous year.

With only one in 10 Indians owning a mobile phone, there is enormous potential - much of it at the lower end of the market where dozens of local and foreign brands are vying for customers with some handsets selling for less than $25.

However, the pressure to keep costs low is pushing manufacturers to pay low wages, rely on cheaper contract labour and insist on unpaid overtime, activists say.

"Our regulations simply aren't strong enough to ensure workers in the electronics industry are taken care of," he said.

'Who pays the price?'

Last month Cividep and Amsterdam-based GoodElectronics issued a report on Samsung Electronics, the leader in India's mobile market, which found that Samsung workers were poorly paid with no way to effectively have their grievances addressed.

A Samsung India spokesman said the company complies by all relevant labour laws and regulations wherever it operates.

"Fairness and respect for all are the values that form the foundation of our business," the spokesman said in a statement.

While most of the 100-odd phone companies in India largely import from China and Taiwan, companies are increasingly heeding Prime Minister Narendra Modi's call to 'Make in India', an initiative launched in 2014.

Chinese phone maker Xiaomi rolled out its first, locally-made smartphones last year from a facility in the southern Indian state of Andhra Pradesh.

The 'Make in India' drive to boost manufacturing is aimed at luring more investment, raising economic growth and creating jobs in industries such as electronics and apparel.

In India's electronics industry, working conditions are "among the worst", according to a 2013 report by Hong Kong-based labour rights non-profit Asia Monitor Resource Centre.

Not all efforts to produce cheap electronics have been successful. In 2008, the Indian government unveiled a $10 laptop that ended up costing more than $100, while a $20 Android tablet sold through a subsidy scheme failed to capture significant market share.

"Companies like to say cheap phones and computers is about digital empowerment and democracy," said Raphel Jose at the Centre for Responsible Business in New Delhi.

"But we must stop and ask, 'what is the real cost of these cheap devices? Who pays the price?' Cheap is not always good," he said.