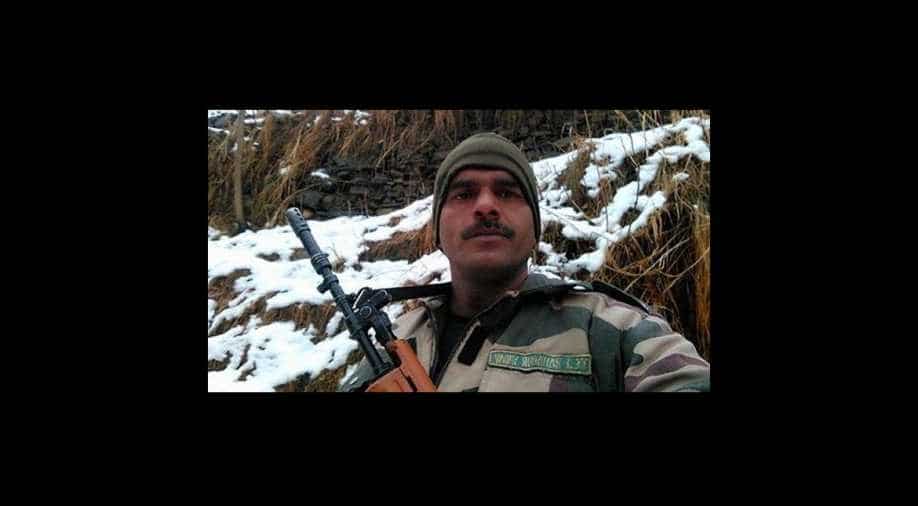 Tej Bahadur, the Indian soldier, had uploaded four videos on YouTube alleging that they were served bad quality food in the army canteen. Photograph:( DNA )

The family of an Indian soldier say he is being coerced to offer an apology for putting up videos on YouTube complaining of poor quality food being served to soldiers deployed along the India-Pakistan border, even as Prime Minister Narendra Modi's office has asked the home ministry to look into the matter.

Border Security Force soldier Tej Bahadur Yadav published a video on January 8 complaining about the quality and quantity of food provided to soldiers who are manning the Indian border.

"We are on duty for 11 hours in extreme weather conditions. But sometimes we have to sleep on empty stomachs. But our anguish has neither been heard by the government nor has the media covered our plight," Yadav had said in one of the four videos posted on YouTube between January 8 and 9.

(The video is in Hindi)

In another video, he shows the quality of food served to them. He further said they were being forced to have the same food for the last ten days.

Yadav's wife Sharmila claimed that her husband was being forced to apologise. "He told me that he is being pressurised to take the complaint back and apologise,” she said, later adding that her husband had the right to demand better food.

On the other hand, the BSF say that Yadav has been on the verge of being ejected from the forces for drinking and insubordination.

But Yadav's wife believes his reputation is being blemished now for laying bare the realities in border camps. "To say that he has a mental problem is wrong. If this was true, why was he sent to the border and was put on duty? Why was he not sent for treatment?” she asked.

Meanwhile, the Prime Minister's Office (PMO) on Thursday asked the home ministry to initiate an inquiry, a day after India's home minister Rajnath Singh promised to take "appropriate action" to be taken in this matter.

The BSF filed an interim report to the defence ministry on Wednesday, stating that the food provided were in accordance with procedures followed at high-altitude centres. The BSF is yet to audit the procurement of its ration.

Later in the day, defence minister Manohar Parrikar said he personally monitors quality of food served to the army and has ordered serving of only FSSAI-approved chicken.

(WION with inputs from PTI, ANI)