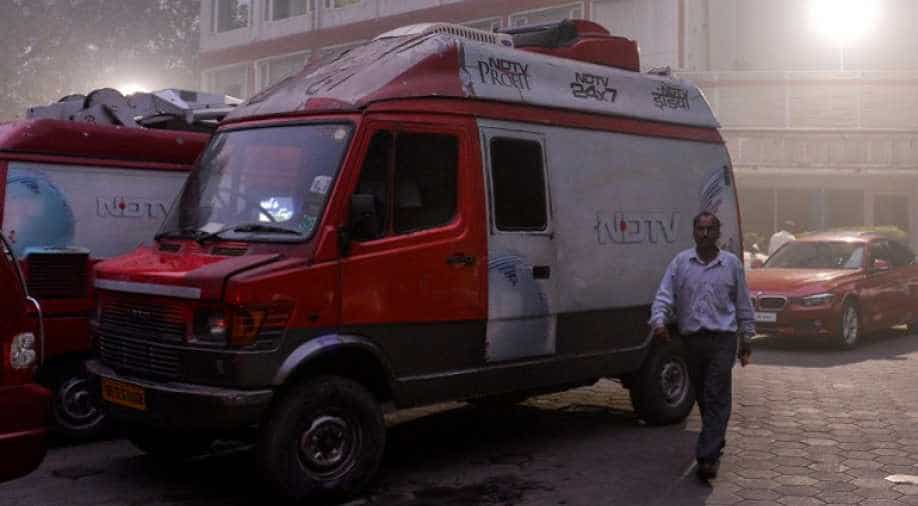 The government had earlier ordered NDTV India to go off air on November 9 for a day because of its coverage of the militant attack on the Pathankot air base. Photograph:( AFP )

Indian news channel NDTV has moved the top court today against the government after India's information and broadcast ministry announced a one-day ban last week for the news channel over the coverage of Pathankot terror attack.

In a petition, the news network has challenged the constitutional validity of the government order, the channel said in filing to the stock exchanges, Indian news agency PTI reported.

The news agency has also quoted a source as saying that a senior advocate will raise the matter in the court tomorrow, a day before the channel has been asked to keep away from broadcasting.

After it was accused by India's information and broadcasting ministry of compromising national security by revealing sensitive information during Pathankot coverage earlier in January this year, NDTV refuted the claims as baseless saying that other channels had reported the same information.

Meanwhile, the ban has sparked widespread condemnation from journalists and editors with all press councils drawing parallels to the 'Emergency era' of the 1970s when basic constitutional rights including the freedom of the press were blatantly violated, the channel said on its website.