Indian Navy denies reports of its submarine being blocked by Pakistan 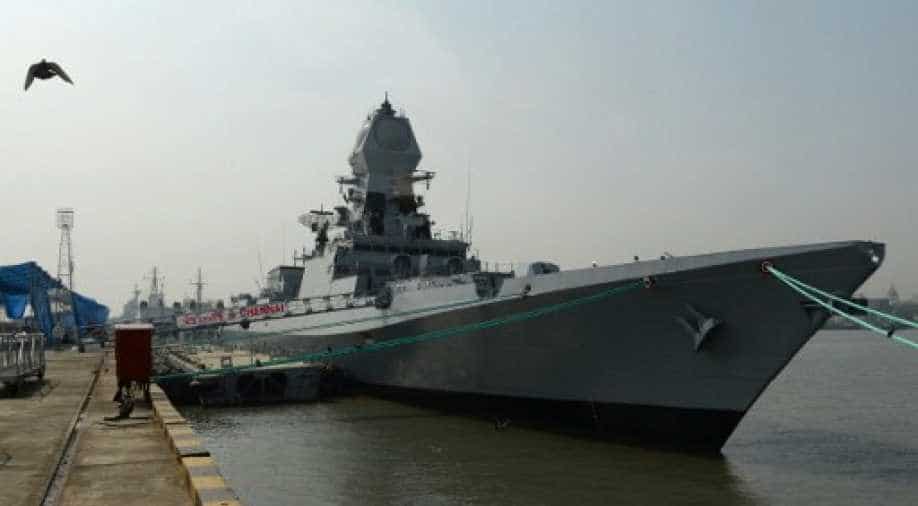 A general view of the INS Chennai ahead of its commissioning into the Indian Navy. Photograph:( AFP )

The Indian Navy on Friday strongly denied media reports in Pakistan of one of its submarines being detected and blocked from entering the latter nation's waters, sources told news agency ANI.

Some media organisations had earlier run 'footage' and photographs of "a submarine trying to enter Pakistan waters".

The Pakistan Navy's statement said that the submarine was detected "south of the Pakistani coast".

"Thereafter, despite the submarine's desperate efforts to escape detection, it was continuously tracked by the Pakistan Navy and pushed well clear of our waters," the press release said.

Relations between the two neighbours have been strained for the past several months, with cross-border firing leading to deaths of civilians and soldiers on both sides.

The countries have fought three wars since independence from Britain in 1947, with two being over the disputed Kashmir region.